‘Oh my goodness, we made it!’: Couple barely escaped Ukraine 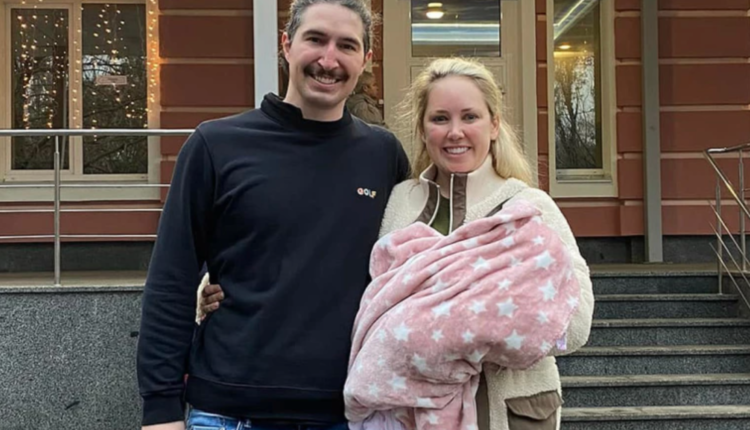 Russia’s attack on Ukraine has led to many sad updates. But I’m here to tell you a story about a couple who made it safely back to their Costa Mesa home after traveling to Ukraine to pick up their new baby daughter by a Ukrainian surrogate mother.

Reporter Cindy Carcamo recently explained how Jessie and Jacob Boeckmann made a perilous escape to the Ukrainian-Polish border in 30-degree weather. Every 10 to 20 minutes, the couple checked to make sure that Vivian, their days-old infant, was warm enough and still breathing. At the time, the couple constantly questioned whether they made the right decision.

“What have I done to my sweet angel?” Jessie, an ophthalmologist, thought to herself. “This could be the worst decision I’ve ever made.”

It was a tricky situation from the beginning. After waking up to the sound of explosions Thursday morning, as Russian forces launched their invasion, the couple decided they had to leave immediately.

The outbound trip became a 27-hour order. The story explains how the escape was difficult due to the scores of Ukrainian refugees and foreigners who had similar plans to flee. The journey was further complicated by the fact that the couple had to keep a close eye on their child as they faced the bitter cold.

Perhaps the most harrowing moment took place when they got to the border.

“It was chaos. There wasn’t a line, only three Ukrainian border guards with machine guns. Men pushed. Children cried. Women screamed,” Carcamo writes. “Vivian started to cry. She was hungry. But the bag with the baby formula and water bottles were with Jacob, on the other side of the barbed wire.”

Here are some other recent stories we’ve published about the turmoil:

The Times’ Lorraine Ali calls out a grim bias in Western media coverage. When columnists and TV correspondents express shock at European conflict, they reveal a damning belief that was acceptable elsewhere, she writes.

Want to help Ukraine? These California organizations need your support. If you’re moved to help, here are some organizations in California that continue to help people in the country under siege.

Note: Some of the sites we link to may limit the number of stories you can access without subscribing.

Los Angeles County will probably lift its universal indoor mask mandate Friday. While nothing is set in stone, the potential changes would align LA County’s mask rules with those unveiled Monday by the California Department of Public Health, meaning it would be strongly recommended — but not required — for both vaccinated and unvaccinated residents to wear masks in public indoor settings. Los Angeles Times

Inside the ‘vicious’ feud tearing Playboy alumni apart. Nearly 30 women appear in “Secrets of Playboy,” a 10-episode docuseries that takes aim at the legacy of Hugh Hefner, the company’s late founder. Since premiering in January, the series has featured Hefner’s former lovers, colleagues and magazine centerfolds making shocking allegations about Playboy and its creator. Los Angeles Times

Nearly 200 Rocklin Unified School District educators called in sick or took leave Monday, protesting the district’s defiance of state-imposed K-12 mask mandates. “While there are varying opinions on masking in our community and our schools, the issue teachers are most concerned about is the lack of respect for educators blatantly displayed by the RUSD Board of Trustees in making this change,” the Rocklin Teachers Professional Assn. said in a statement. Although Gov. Gavin Newsom’s new rules on classroom masking would seem to settle the disagreement, teachers remain frustrated that the district’s decision was made in a closed session instead of a public meeting. Sacramento Bee

Why we turned the LA River into a freeway (for water). Like other great cities of the world, Los Angeles without its river might not exist. Patt Morrison explains how the channel has supported — and in one catastrophic incident, harmed — the city throughout its history (the column also features a faux IMDb listing for the river’s appearances in media). Los Angeles Times 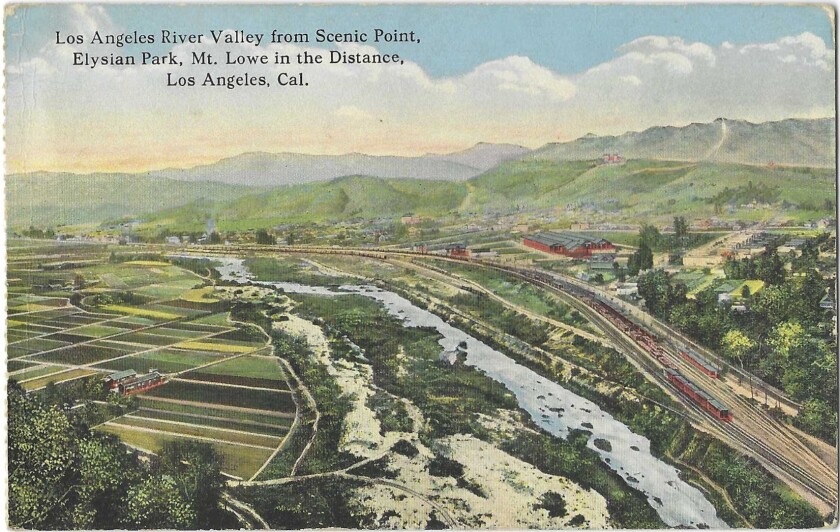 The river, the railroad and a very different LA landscape than 2022 Angelenos are used to is seen on this vintage postcard from Patt Morrison’s collection.

Former mixed martial artist heavyweight Cain Velasquez was arrested Monday on suspicion of attempted murder after a shooting in the Bay Area, authorities said. Here’s what we know about the case. Los Angeles Times

A testy custody battle and restraining order preceded a shooting Monday in which a 39-year-old man killed his three children and another person at a Sacramento-area church during a supervised visit, according to court records and county authorities. Los Angeles Times

HEALTH AND THE ENVIRONMENT

Man looking for firefighter who saved his life. On Feb. 8, former Siskiyou County Sheriff’s Deputy Michael Karges walked into a grocery store with his friend. He suddenly felt sick. “I began to lose my sense of balance and passed out.” Karges soon hit the floor and stopped breathing. A retired firefighter visiting from Sacramento who was just leaving the store gave him CPR and chest compressions that probably helped break up the blood clot in his lungs and he was able to breathe again. Now he’s trying to find the retired firefighter whose quick action saved his life to thank him. Redding Searchlight

Trucks from LA’s port rumble down their tiny street day and night. Residents have had it. “Diesel fumes hang in the air. Dirt cakes cars and windowsills. Outdoor conversations are strained, and residents wonder what happened,” writes staff writer Thomas Curwen. The overflow traffic stems from “a legacy of redlining, antiquated zoning ordinances, aging infrastructure, and the ever-expanding ports” of Long Beach and LA, and it “raises critical questions to matters of environmental justice, especially in communities of color.” Los Angeles Times

Industrial truck traffic has increased heavily in an LA county neighborhood since 2019 when the previous truck route was closed.

A beloved Fresno cookie maker is closing its doors after 25 years. The owners of Doug-Out Cookies said in a statement Monday that the COVID-19 pandemic and staffing shortages had taken their toll on business. “We have not been able to keep up the quality of our product or service. We have had some wonderful, wonderful years and we want to thank all of our customers for the privilege of serving them,” the statement said. Fresno Bee

Richard E. Weintraub, a developer who worked on the old Cathedral of St. Vibiana in downtown LA, picked up Frank Lloyd Wright’s Freeman House for $1.8 million. For Weintraub, the acquisition is part of a long-running interest in early 20th century design. “I’m passionate about architecture,” he says. “That was what I wanted to be.” For USC’s School of Architecture, the sale of the Freeman House marks a continued shift away from the stewardship of private homes. Los Angeles Times 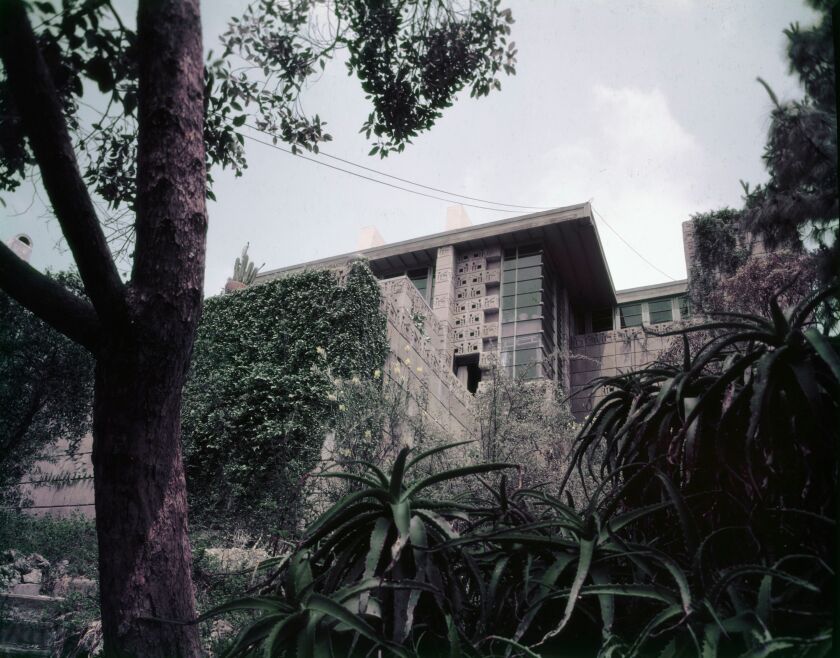 A view of Frank Lloyd Wright’s Freeman House in the Hollywood Hills, as photographed by Julius Shulman in 1953. Designed and built around 1924, it is one of four textile block homes designed by Wright in the Los Angeles area that decade. Since 1986, it has been owned by USC, but the home is in need of a vast amount of repair since it was damaged in the Northridge earthquake in 1994.

Get our free daily crossword puzzle, sudoku, word search and arcade games in our new game center at latimes.com/games.

In March of 1979, my older brother Ronnie and I were returning home, to Somerton, Ariz., from Anaheim. Somerton is a small farming community that about Mexico and California and Ronnie would visit his soon-to-be wife in Anaheim every two weeks. He would milk the visit to its last moment, and we would start our return visit to Somerton around 11 pm, knowing that we would arrive home just in time to change into our work clothes. We connected to Interstate 10 going south toward Indio when the song “Heart of Glass” by Blondie started playing on the radio. It was a sound that was extremely unique and unlike anything I had heard before. To this day, I link the smell of the salt cedar trees that line the railroad tracks and California with this uniqueness.

If you have a memory or story about the Golden State, share it with us. (Please keep your story to 100 words.)

Cooler Temperatures, Rain Could Be Heading To Santa Monica