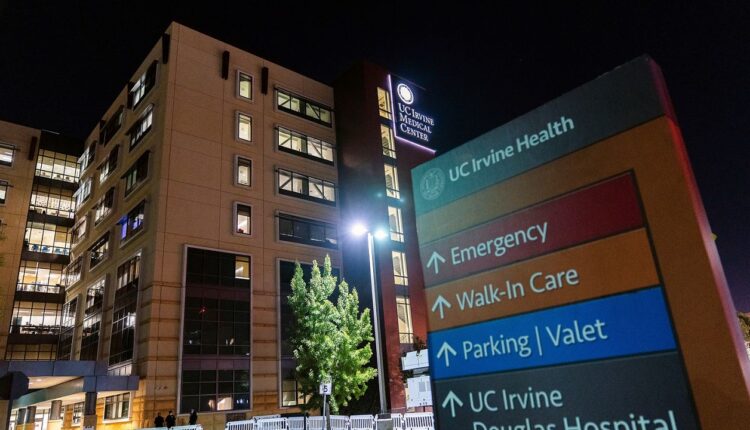 Hospitalizations declined from 179 Sunday to 166 Monday, the latest figures available, while the number of intensive care unit patients fell from 37 to 28, according to the OCHCA.

January’s death toll — fueled by the omicron variant — stands at 508.

January 2021 remains the deadliest month of the pandemic, with a death toll of 1,600, ahead of December 2020, the next-deadliest, with 986 people lost to the virus.

Since the end of January this year, the county has logged two more pediatric fatalities, raising the death toll in that age group to five. Four deaths since Jan. 31 were in the 25 to 34 age group.

The county also reported 281 new infections, bringing the cumulative to 541,463.

The new case rate per 100,000 people decreased from 9.8 Friday to 7.5 Tuesday, according to the Orange County Health Care Agency. The testing positivity rate dropped from 4% to 3.3%, and fell from 5% to 3.9% in the health equity quartile, which measures underserved communities hardest hit by the pandemic.

The county had 28.3% of its ICU beds available and 65.4% of its ventilators as of Tuesday. Local health officials become concerned when the level of ICU beds falls below 20%.

Of those hospitalized, approximately 83% are unvaccinated and 86% of those being treated in ICU are not inoculated, according to the OCHCA.

The number of fully vaccinated residents in Orange County rose from 2,430,510 the previous week to 2,437,965, according to data released Thursday. That number includes an increase from 2,275,663 to 2,281,901 of residents who have received the two-dose regimen of vaccines from Pfizer or Moderna.

The age group that has received the most booster shots is 55 to 64.