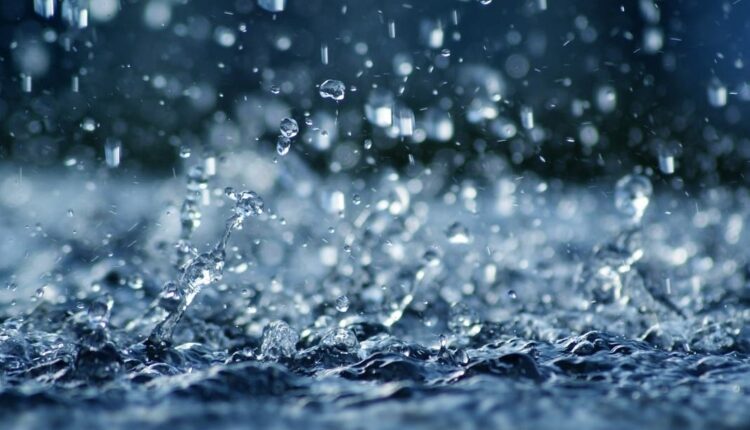 A rain advisory is issued when significant rainfall can cause bacteria levels in the ocean to increase, officials said.

Bacteria levels can rise significantly during and after rainstorms, as contaminants within the runoff enter the ocean. Bacteria levels may remain elevated for up to three days depending on rain intensity or volume of runoff, especially near storm drains, creeks and rivers.

The bacteria advisory will be in effect through 10 am Thursday.

“Elevated bacteria levels in ocean water may cause illness, especially in children and the elderly,” officials said.

After a week of generally above-average temperatures, rain fell on much of the Southland Monday, making for wet morning and afternoon drives and prompting concerns of possible flooding in Orange County hillsides.

The flooding fears initially prompted Orange County to issue a mandatory evacuation order for the Silverado, Modjeska and Williams canyon areas that took effect at noon. But by 4 pm, the order was downgraded to an evacuation warning.

The National Weather Service issued a flash flood watch for the Bond, Apple and El Dorado fire burn areas, which includes the Silverado, Modjeska and Williams canyons. Forecasters said heavy rain is possible in the mountain areas, and residents nearby “should prepare for potential flooding impacts.”

“Heavy rainfall could trigger flash flooding of low-lying areas, urbanized street flooding and debris flows in and near recent wildfire burn scars,” according to the NWS.

The flash flood watch is expected to remain in effect until late Monday night.

Forecasters said the storm will linger over the region until early Tuesday morning, “bringing widespread rain, high elevation snow, and gusty winds. There will also be a chance of thunderstorms capable of producing heavy downpours and small hail later this morning through this evening. “

Light rain fell in coastal areas early Monday, gradually increasing in intensity through the morning rush hour and spreading eastward. Forecasters said rainfall rates were generally below an inch-per-hour in most areas in Los Angeles County.

Wind advisories will be in effect until 10 pm in the Antelope Valley, Santa Monica Mountains Recreational Area and the Santa Clarita Valley. Forecasters said the areas could see winds gusting up to 50 mph, possibly making driving difficult for high-profile vehicles, and potentially leading to downed tree limbs or power outages.

A winter storm warning will be in effect for the Los Angeles County Mountains, excluding the Santa Monica range, until 6 am Tuesday.

The bulk of the weather system is expected to move out of the area by early Tuesday morning, “but there could be some lingering (mountain) showers persisting in the morning.”

Drier conditions are expected by later Tuesday and Wednesday, with a “slight” chance of some more rain on Thursday, following by warming conditions on Friday and Saturday.

Here is the forecast for Santa Monica:

Monday Night: Showers and possibly a thunderstorm before 11 pm, then a chance of showers. Low around 53. Southwest wind 10 to 15 mph becoming south southeast 5 to 10 mph after midnight. Winds could gust as high as 20 mph. Chance of precipitation is 90%.

Tuesday: Sunny, with a high near 62. North northwest wind 5 to 15 mph becoming west southwest in the morning. Winds could gust as high as 20 mph.

Tuesday Night: Patchy fog after 11 pm Otherwise, increasing clouds, with a low around 53. West wind 10 to 15 mph becoming east 5 to 10 mph in the evening. Winds could gust as high as 20 mph.

Wednesday: Patchy fog before 11 am Otherwise, cloudy, then gradually becoming mostly sunny, with a high near 64. East southeast wind 5 to 10 mph becoming west southwest in the afternoon. Winds could gust as high as 15 mph.

Wednesday Night: Patchy fog after 11 pm Otherwise, mostly cloudy, with a low around 54. West southwest wind 5 to 15 mph becoming east southeast after midnight. Winds could gust as high as 20 mph.

Thursday: Patchy fog before 11 am Otherwise, mostly cloudy, with a high near 64.

Thursday Night: Patchy fog after 11 pm Otherwise, mostly cloudy, with a low around 54.

Friday: Patchy fog before 11 am Otherwise, partly sunny, with a high near 66.

Friday Night: Patchy fog after 11 pm Otherwise, mostly cloudy, with a low around 54.

Saturday: Patchy fog before 11 am Otherwise, partly sunny, with a high near 66.

Sunday: Patchy fog. Otherwise, partly sunny, with a high near 65.

Monday: Patchy fog. Otherwise, mostly sunny, with a high near 69.