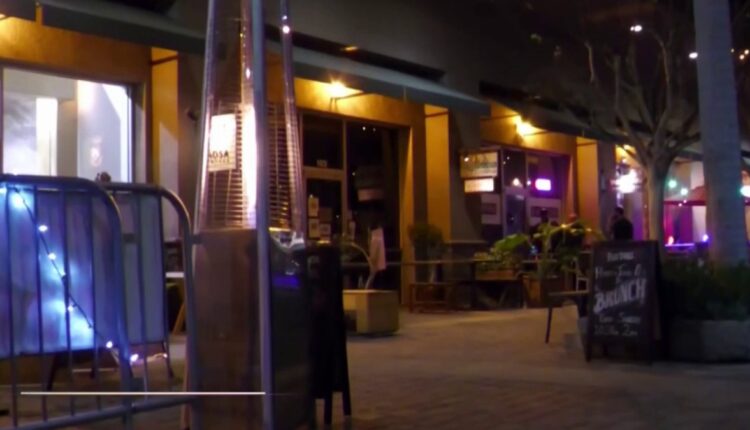 A beloved Huntington Beach restaurant owner is struggling to walk after her legs were severely burned in a horrific accident involving a portable heater.

She might not have survived without a quick-thinking witness.

The happy smiles of the owners Akira and Ana Nakao could be seen on the GoFundMe flyer on the door.

Ana is recovering from a second operation after the horrific accident left her body on fire.

Ana’s husband says she has third-degree burns on most of her legs.

He says she bought a portable heater for her patio because she wanted her outdoor meals to be warm.

“Fortunately, some people next door brought a blanket and covered it, and eventually they put out the fire,” Akira said.

That someone eating next door happened to be none other than Jon Dorenbos, former NFL player, magician, and America’s Got Talent finalist, who happened to have a blanket because his wife was cold.

“You will never forget that scream,” said Dorenbos.

Dorenbos says this story isn’t about him, he says he’s just glad he was in the right place at the right time.

“One of the things I’m most grateful for about playing in the NFL was just this idea of ​​being able to just calm down and think under pressure,” Dorenbos said.

Ana has a long road to recovery ahead of her, but she’s determined to return to the restaurant she loves.

“Although she is in pain, her mind is still strong. She has a heart to recover and go back to serving customers,” Akira said.

The couple have limited insurance and now medical bills are likely in the millions.

But were it not for the quick thinking of a mage, athlete, and now hero, she might not have survived.

“The magic of the world, we are there for each other, we support each other, we love everything, we serve everyone, try to make this word a better place,” Dorenbos said.