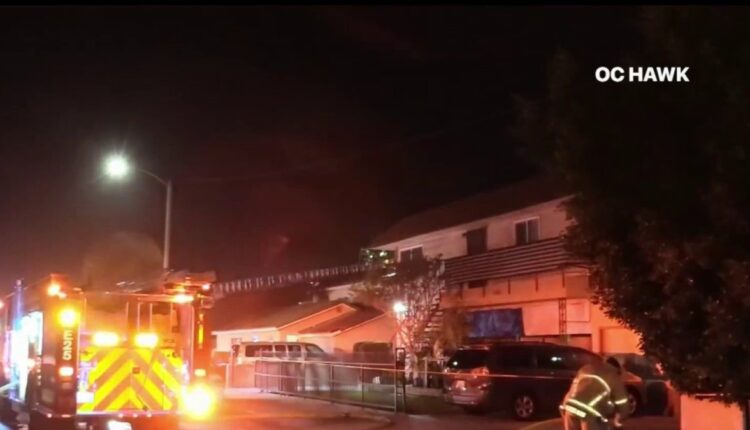 One person died and another was injured in a house fire in Garden Grove on Sunday evening.

The fire was reported around 8 p.m. in a two-story house on Block 13000 on Jefferson Street, according to the Orange County Fire Authority.

Arriving firefighters were told that up to three people were locked in on the second floor, the fire officers said.

While some firefighters began putting out the fire in the bedroom, others pulled out an adult who was pronounced dead by paramedics at the scene, officials said.

Another person suffered minor injuries while leaving the house and was taken to hospital by paramedics.

The fire brigades announced that there were no smoke detectors and / or they did not work.

Up to 12 people were evicted from the house because of the fire, officials said. The cause has been investigated.