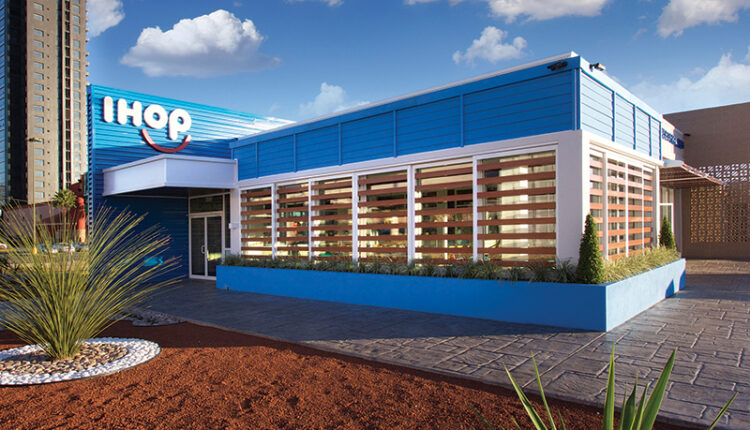 Nuns, pension funds and economic advocates submitted a resolution to Dine Brands Global Inc. asking the restaurateur to study how it could change the wage-and-tips model to pay workers. But shareholders of the Glendale company voted it down.

The resolution, voted on May 12 at the annual meeting of the parent company of Applebee’s Neighborhood Grill and Bar and IHOP, asked it “to prepare and make publicly available analysis of the feasibility of increasing tipped workers starting wages to a full minimum wage, per state and federal levels, with tips on top,” according to representatives.

Backers of the resolution included Sisters of Charity of the Blessed Virgin Mary and the nonprofit Interfaith Center on Corporate Responsibility. It had the endorsement of One Fair Wage, a national nonprofit that advocates on behalf of restaurant workers earning a tipped subminimum wage, as well as the New York State Pension Fund and the New York City Pension Fund.

Many states allow employers to take a “tip credit,” meaning they include gratuities in minimum wage calculations. That allows an employer to credit a portion of an employee’s tips toward the employer’s obligation to meet the minimum wage. In these states, the tipped subminimum wage can be as low as $2.13 an hour.

At the Dine Brands meeting, the resolution was voted down by shareholders by a wide margin: nearly 12 million against the resolution versus nearly 1.7 million for it.

The Sisters of Charity of the Blessed Virgin Mary, who owns more than $2,000 worth of Dine Brands shares, said in proxy materials submitted to shareholders that its proposal made economic sense.

“Paying a full minimum wage has financial benefits for businesses and employees, including higher average profits, organizational growth and reduced turnover, and employment growth and lower poverty rates among workers,” the proxy stated. “Economic analysis shows that one-fair-wage states had stronger restaurant growth from 2011 to 2019 than states with a lower tipped minimum wage.”

In its proxy statement, Dine Brands’ board recommended that shareholders vote against the resolution and asserted that the company abides by the law.

“The corporation complies with wage laws and all workers are paid at least the minimum wage or combined base and tip minimum wage for tipped workers as required by law,” the company said.

The company added that it regularly raises employee wages above minimum wage.

“We regularly evaluate and adjust our compensation as needed to comply with law and to be competitive in the labor market,” the company said. “Further, we note that tipped workers’ wages allow servers to earn substantially more than minimum wage and enable restaurants to manage costs. When tips are accounted for, the average total earnings for our tipped employees was $13.59 per hour.”

Dine Brands added that if the tip credit is eliminated, it could start a chain reaction that would damage business.

“Some industry groups believe that more restaurants could move to an hourly wage-only system, terminate tipping, reduce employee hours, operate with fewer employees and raise prices to cover the increased cost of labor,” the company said. “Ultimately, paying tipped workers minimum wage could result in such employees earning less overall as well as higher prices for customers at affected restaurants.”

As indicated by the vote tally, investors appear more concerned about the post-Covid growth prospects of Dine Brands than compensation policy.

Brian Viccaro, an analyst with Raymond James & Associates, cited as a risk factor “elevated food or labor cost inflation which could pressure franchisee profitability” in a May 12 report. But he rated Dine Brands as “outperform.” Likewise, Nick Seytan at Wedbush rated the stock “outperform.”

“Adding incremental revenues while utilizing the current real estate footprint and labor pool will help drive efficiencies and hopefully boost revenues and profits,” said Matthew Smith, a former fund manager, in an analysis on Seeking Alpha. “We do think that Dine Brands will outperform relative to the industry.”

Saru Jayaraman, president of One Fair Wage, said that regardless of the outcome, the Dine Brands resolution is significant.

“For us, it’s a victory that it went to vote at all,” Jayaraman said. “There’s momentum now. It’s the first time in history that voters are voting to do away with the subminimum wages.”

Jayaraman said that across the 43 states with subminimum wages, employee retention has been a problem but in the seven states where Dine Brands pays full minimum wage with tips on top – including in California – business is thriving.

“We want what workers in California have, which is a full wager with tips on top,” Jayaraman said. “The company clearly knows that they have to raise wages to get people back. If you know you have to, why not raise it across the board?”