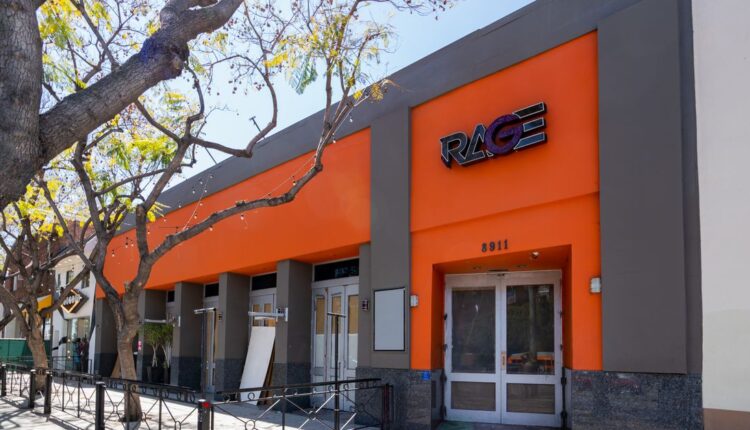 The corridor on Santa Monica between San Vicente and Robertson will soon have another club in West Hollywood. A new club called Heart — replacing historic Club Rage — opens February 11 by the owners of the popular Rocco’s, which is right across the street.

Another partner in this project is Lance Bass from NSYNC. WeHoville writes that advertisements for Heart tout it as “the largest gay nightclub in the United States.” The 37-year-old Rage closed in September 2020 after a landlord dispute and COVID-19 restrictions that kept people from gathering indoors. West Hollywood clubs have taken a hit since the beginning of COVID-19, but Heart and the upcoming Or Bar could help reverse that.

An incident between taqueros in Whittier

A taco truck operator was arrested after allegedly vandalizing a competitor’s booth last Thursday. Whittier sheriffs arrested Carlos Plascencia after he poured water on Tacos La Guera’s cooking drums and doused his wares with a fire extinguisher. There are many details, and the Los Angeles Times has the whole story.

Chefs Ross Pangilinan and Nick Weber announced that they will be opening Populaire at the South Coast Plaza in Costa Mesa in late April/early May. The two are protégés of influential Los Angeles chef Joachim Splichal, who recently parted ways with Patina Group.

A new facelift for the Queen Mary in Long Beach

The Queen Mary has struggled in recent years with defaulting operators, broken leases and the threat of flooding. Last week, Long Beach officials announced that a $5 million repair project will begin in February to repair the historic ship and former hotel, writes the LA Times.

An Argentinian pop-up at the Gran Blanco

Gran Blanco – owned by the same crew as Great White – will be hosting an Amigos at Gran Blanco pop-up tonight from 6pm to 10pm. Cocktails are by Tato Giovannoni, founder of Buenos Aires’ popular speakeasy Florería Atlántico, with food by Max Chow of Beverly Hills’ Mr. Chow’s and Argentinian chef Leo Lanussol, formerly at Varro in Venice. Secure a place at the Resy.

A Zoom wine class at Vinovore

Popular wine store Vinovore brought back its Zoom wine class this month. There is still space for the remaining two classes on February 3rd and 10th, and each WINEesplaining class includes the two women-made wines for tasting during each session. Each class is $60 and you can register here.

The Story of the Chicken Boy Statue in Highland Park

If you’ve been driving on Figueroa near Avenue 56, then you’ve seen the Chicken Boy statue. Check out Norberto Briceño’s TikTok, which shares restaurant background information on this historic LA landmark.