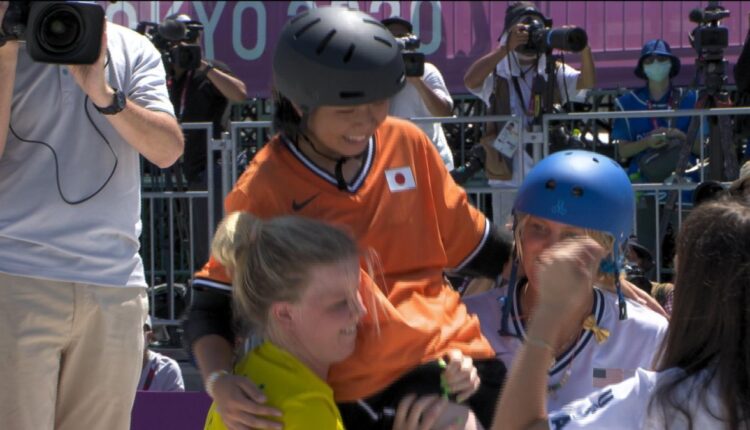 Misugu Okamoto is the world’s best female skateboarder and led the women’s skateboard park competition, which made it to the finals on Wednesday.

Then Okamoto fell and fell hard when she missed landing during her routine. She also fell from first to fourth place overall and missed a medal in the sport’s Olympic debut.

But a downcast Okamoto will still have a special memory of these games. The 15-year-old, surrounded by competitors from Japan, Australia and Brazil, rose on her competitors’ shoulders in a show of unity and support.