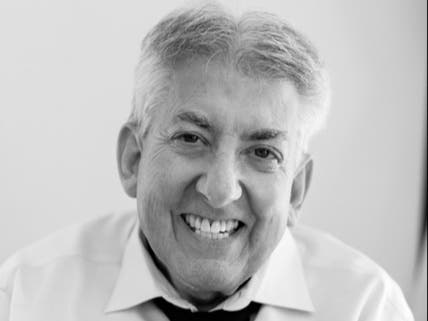 NORTHRIDGE, CA – After serving a lifetime of service to his San Fernando Valley community, Ken Lane’s memory lives on at the Adult Skills Center, a nonprofit that serves adults with disabilities.

Lane, 71, died in October. His wife, Donna Lane, and his colleagues at the Adult Skills Center held a memorial service on Monday in his memory. Donna Lane said the memorial was beautiful and reflected her husband’s significant impact on his community.

“It was all aspects of his life. His family, his work, his advocacy and his kindness,” she said. “People really talked about how nice he was – and respectful – and how he really affected their lives. That felt really good. “

Ken Lane with his wife Donna Lane holds an Adult Skills Center certificate. (Courtesy of the Competence Center for Adults)

Ken Lane founded the Adult Skills Center in 1987 and served as Executive Director for 33 years. During this time, the center grew from 12 customers to more than 200 per year. Ken Lane’s natural curiosity and warmth made him perfect for this type of job, said Donna Lane.

“Ken was an incredibly caring, generous, kind-hearted guide and friend who wanted only the best for others, especially the people in the community that TASC supports,” said Dennis Rutnam, the center’s executive director. “Even if he is no longer with us, his influence on our lives will always be felt. His immeasurable gift will live on through his legacy of serving others and the effect he has had on all of us. “

Ken Lane himself became physically disabled from a stroke at the age of 26.

“This was a life changing event for him. His gift of relentless optimism gave him the ability to thrive in several areas including his career, the legal profession, and the love of life,” said Christie Hight, the center’s communications director, in a press release.

Ken Lane was also involved in political and legislative advocacy. After the center opened, he realized that he needed to secure funding to support people with disabilities. He spent a lot of time influencing local politicians and working with local businesses and service providers, Donna Lane said. In 2017 he received an award for legislative advocacy.

Donna Lane worked with her husband as a clinical psychologist for adults with developmental disabilities. At 54, she went back to school after working in social services. None of this would have been possible without Ken, she said.

Since he died, people have been telling her how special her husband was, she said.

For Donna Lane the outpouring of love was touching, but not surprising.

“I always annoyed him and said: ‘Honey, you are important!’ But that really proved me. The love of so many people in the disabled community and his friendships, “she said.” He really will be missed by many. “

Donna Lane said she was confident that her husband’s impact on the San Fernando Valley would continue through the work of the Adult Skills Center.

“His memory – I can feel it, I can feel it – it will carry through the work of everyone else who knew Ken,” said Donna Lane.