No gold for Venice at the 2028 Summer Olympics? 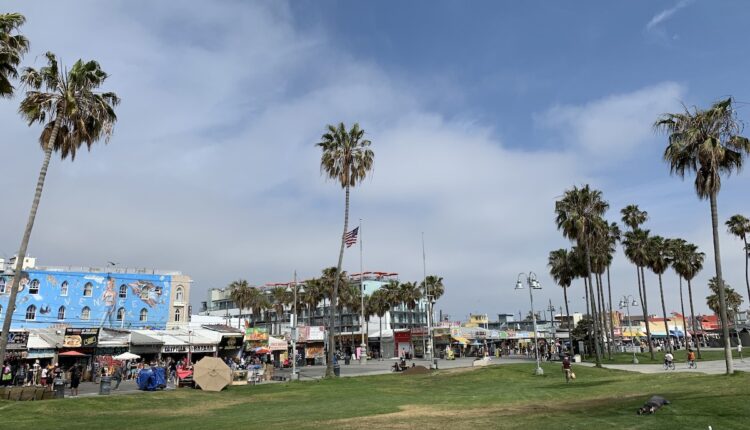 Will Venice Beach, one of the state’s top tourist destinations, be overlooked in the 2028 Summer Olympics, which start July 21 and start August 6 in six years time?

For the first time since 1996, the Summer Olympics are returning to the US and this is the ninth overall Olympics for America and Los Angeles will be hosting the third time.

The last Olympics in the United States was the 2002 Winter Olympics in Salt Lake City, just months after the 9/11 attacks in New York City and Washington, DC.

This $ 7 billion worth of 17-day sports extravaganza is now under contract with Los Angeles City Council with an 11-2 vote, with Councilor Mike Bonin rejecting the deal.

LA28 (www.la28.org) is the organization responsible for creating and formulating this international sports spectacle that will turn the eyes of the world on Los Angeles in the summer of 2028.

The LAPD is already requesting around $ 300,000 in budget for next year to address the issues of these Olympics, and in this new contract, the City of Los Angeles will be responsible for the first $ 270 million in cost overruns during the State of California is responsible for the next $ 270 million and LA is on the hook for any cost overruns thereafter.

What makes the wording of these Games interesting is that much of the infrastructure appears to be in place and issues such as transportation, job creation, and homeless management will be priorities that will be addressed when the venues and locations for these Summer Games are distributed in LA County which makes urban sprawl an additional challenge.

Traditionally, many cities apply for an Olympiad because of the remaining infrastructure investments that will remain long after the Olympics.

It is this capital investment that is truly beneficial to any city, not to mention the myriad millions of dollars of earned media and positive press that keeps growing travel and tourism for the host community long after these Games are hosted.

Some of the locations already announced for use and designation are:

Both SoFi and the LA Memorial Coliseum are used to open and close venues according to LA28’s web address, but at this point in time Venice does not appear to have a role or presence in these Summer Olympics.

Venice’s seafront and boardwalk has long been a tourist destination for both national and international tourism, and the effects of rampant homelessness and uninhabited camps have taken their toll as many retailers and businesses have closed their doors and badly structurally reworked the boardwalk and renovation in the wake of this homeless epidemic as well as the ongoing effects of the pandemic and COVID-19.

It will be interesting to see if local community leaders will weigh Venice’s role, if any, after Councilor Bonin’s opposition to the current deal.

The money that will eventually flow into LA should be used in part for Venice to upgrade and upgrade the Oceanfront Walk and many of the facilities in need of improvement.

The last time the boardwalk saw major improvements or changes was the 2000 Democratic National Convention, which nominated Al Gore, and the pavement you see today is now over twenty years old.

The city of LA has spent over two years renovating the still-closed weightlifting pit in Muscle Beach, and many other facilities like the bathrooms, basketball and paddleball courts could use additional improvements as we move out of this debilitating pandemic.

It would be advisable that sooner or later the Venice Neighborhood Council communicate with the city of Los Angeles as well as with LA28 to find out what these Summer Games have in store for Venice and this neighborhood in the future.

There are few times and occasions like this when a wave of billions in capital infusions hits a region and Venice could certainly use that investment given its popularity with tourists worldwide, especially when there is an Olympics.

Our location to the main venues of the event, the proximity to LAX and the UCLA campus as well as the SoFi and the Colosseum make Venice ideal for the tourist traffic that is sure to lie ahead.

There has to be a place for Venice in these Olympics, and hopefully our community and neighborhood leaders will make this a priority for the future.

The author is a member of the Oceanfront Walk and Outreach Committee of the Venice Neighborhood Council (www.venicenc.org) and can be reached at [email protected] or (310) 621-3775.

George, Los Angeles, ready for a matchup with Sacramento