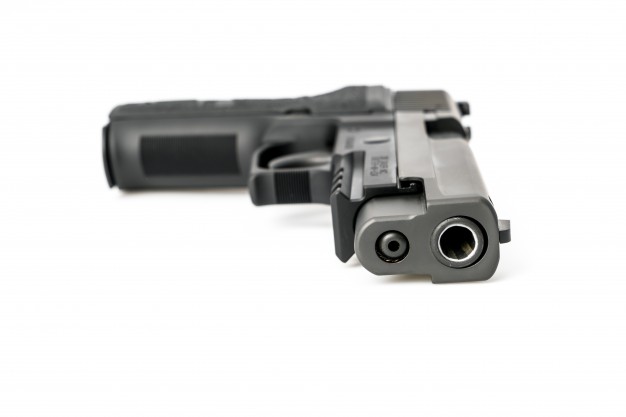 Santa Monica Police Department sorted parts of a counterfeit gun by size in Chess Park this week after receiving reports of a man with a gun in the area.

According to the SMPD, officials were called into the park at around 2:30 p.m. on November 16 and contact was made with a man who matched the description of the callers. Officials identified the parts in his possession as a disassembled airsoft rifle that could not be fully assembled into a working device.

“An airsoft pistol is often similar to a traditional firearm, but it doesn’t shoot fatal plastic bullets,” SMPD said in a statement. “No other weapon or replica of a weapon was found. Contrary to rumors, there were no victims of criminal threats or waving of this replica gun. The male subject handed the parts of the airsoft to our officers. “

The 0.29 acre park is located on Ocean Front Walk on Seaside Terrace, just behind Santa Monica’s Original Muscle Beach. It includes 14 large tables with four chessboards per table, 10 small tables with one chessboard per table, and one large chessboard with large chess pieces on the floor. It is open from sunrise to sunset, with tables available on a first-come, first-serve basis.

The park has long been a hotbed of homelessness and problem behavior, which led officials to propose closing the facility.

SMPD said the person contacted this week did not meet the criteria for an involuntary psychiatric stay. They said the first breach of state law prohibiting showing a fake firearm in public would be treated as a breach and not punishable by imprisonment.