Newsom asks Disney not to send California workers to Florida 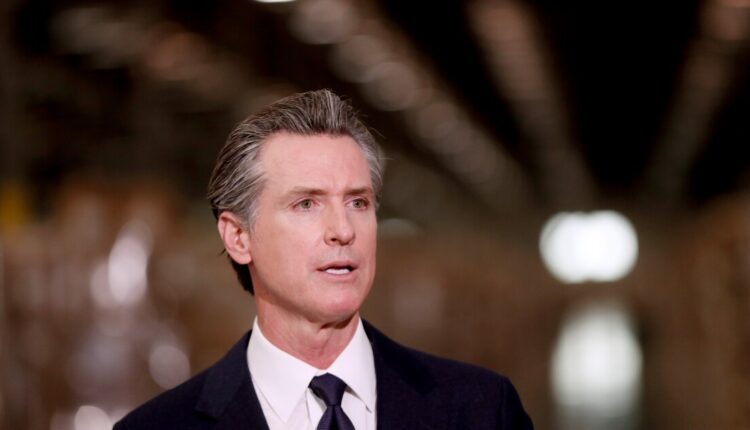 In just a few words, Gov. Gavin Newsom asked Walt Disney Co. to reconsider its plans to relocate 2,000 jobs from Southern California to a new campus in Florida.

Newsom said in a tweet, “Disney, the door is open to bring those jobs back to California — the state that actually represents the values ​​of your workers.”

The tweet is in response to the fallout from Florida moving closer to cementing its “Parental Rights in Education” bill, often referred to by the LGBTQ community as the “Don’t Say Gay” bill, which would limit instruction on sexual orientation and gender identity in schools.

Newsom took the controversy as an opportunity to ask Disney to reconsider its move. Chairman of Disney Parks, Experiences and Products Josh D’Amaro announced the move last summer and noted that Florida’s lack of income tax and low cost of living influenced the decision.

A Disney spokesperson did not respond to requests for comment.

In a statement, Newsom’s office said it welcomes Disney and all companies “to expand and grow in California because it is the best place to do business.”

“California’s economy is the 5th largest in the world because it fosters creativity, diversity, inclusion and innovation,” the statement said. “The success of our state is because of those values, and a reason why so many of the world’s leading companies are found in California.”

LGBTQ employees with the House of Mouse expressed their hurt and anger in a statement about Disney’s lack of response to the bill.

“We are writing because we are disappointed, hurt, afraid, and angry,” said the statement attributed to the LGBTQ employees of Pixar and their allies. “In regards to Disney’s financial involvement with legislators behind the ‘Don’t Say Gay’ bill, we hoped that our company would show up for us. But it didn’t.”

The Florida Legislature passed the bill this month, and Republican Gov. Ron DeSantis has signaled his intention to sign it into law.

A family visiting the Magic Kingdom at Walt Disney World.

Walt Disney Chief Executive Bob Chapek issued a public statement Friday, promising the corporation was taking the matter seriously and would pause all political donations in the state of Florida pending a review.

“I truly believe we are an infinitely better and stronger company because of our LGBTQ+ community,” Chapek said in the statement. “I missed the mark in this case but am an ally you can count on — and I will be an outspoken champion for the protections, visibility, and opportunity you deserve.”

The Human Rights Campaign, however, said it would turn down Disney’s donation until the company takes further action against anti-LGBTQ legislation at the state level.

“The Human Rights Campaign will not accept this money from Disney until we see them build on their public commitment and work with LGBTQ+ advocates to ensure that dangerous proposals, like Florida’s Don’t Say Gay or Trans bill, don’t become dangerous laws, and if they do, to work to get them off the books,” the organization’s interim president, Joni Madison, said in a statement. “This should be the beginning of Disney’s advocacy efforts rather than the end.”

Disney said in a statement that while the company was “surprised and disappointed” by the Human Rights Campaign’s decision, “we remain committed to meaningful action to combat legislation targeting the LGBTQ+ community.”

How To Protect Your Car From Gas Thieves In Santa Monica