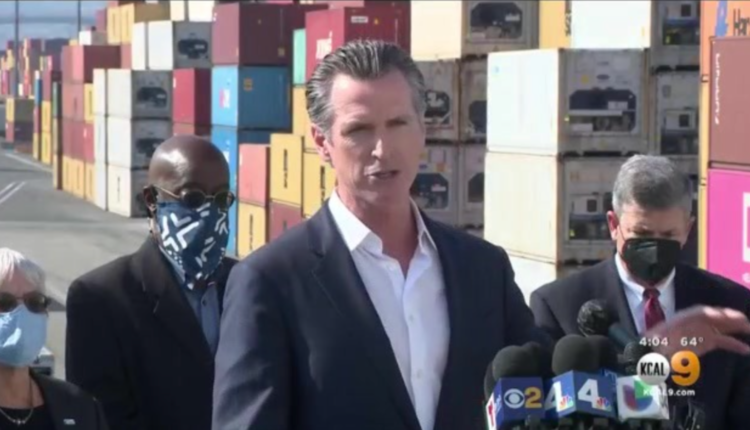 The new $ 1.2 trillion infrastructure bill, signed Monday by President Joe Biden, will provide $ 17 billion to ports across the country. While it is not known how much California will get, the governor said most of it will go into future infrastructure.

The immediate concern, however, is unloading the jam from the containers so that they can get the goods to consumers in time for the holidays.

“This is breathtaking and unprecedented,” Newsom said Wednesday of the piles and piles of empty containers taking up space while cargo ships wait in the bay to unload.

This is one of the main problems that has created a bottleneck in the ports.

When visiting the port with the governor, federal, state and local politicians gave an insight into how they intend to fix the problem.

LA Mayor Garcetti said there had been some progress.

CONTINUE READING: Man sentenced to 11 years in prison for the murder of Julius Rondez, LA, a water and electricity worker

“Since we talked about introducing a fee for containers in motion, we are proud to announce between Long Beach and LA, I believe, that we have already reached the number of containers we have at the dock 32%, “he said.

Another problem facing the ports is the lack of truck drivers.

The governor said the California Department of Motor Vehicles had extended opening hours at 15 locations to get more truckers onto the road.

Another change for truck drivers are the temporary truck weight exemptions on the highways.

“While this may not be an immediate relief on the retail front, it will have a significant advantage for industrial and manufacturing freight containers making their way into the ports of Long Beach and LA,” said the governor.

As for the lack of storage space for the empty containers that secure the port, Newsom said they are working together to find storage locations in the area.

MORE NEWS: 3 museums located on the land of Serrano’s ancestors