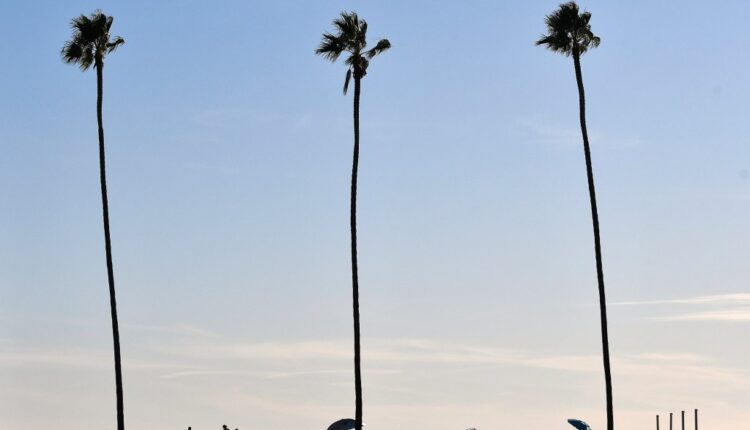 Conditions were also very dry along the Orange County coast as the relative humidity dropped to 5 to 10 percent, said Adam Roser, a meteorologist with the NWS.

The record breaking conditions were aided by brittle Santa Ana winds from the desert that gradually warmed as they passed through the mountains and down into the valleys, Roser said. For much of southern California, a red flag was applied on Sunday, which increases the risk of fast-moving forest fires, the NWS said.

While gusts of wind were sustained along the coast at around 20 miles per hour, higher gusts were observed in the mountain and pass areas of the Inland Empire. A gust of 67 mph and a gust of 57 mph from California State University San Bernardino was recorded near Arrowhead Springs, San Bernardino County, according to NWS.

In Los Angeles County, wind gusts of up to 70 miles per hour have been observed in the western San Gabriel Mountains, according to the NWS Los Angeles office.

Here are the latest peak winds with our #SantaAna since 330 p.m. PST. Highest gust of 70 miles per hour in the western San Gabriel Mountains! #CAwx #LAwind #LAweather https://t.co/74Fv2nLFbK pic.twitter.com/eWStmU7DD2

Relative humidity was measured to be just 4 percent near Long Beach, down from 9 percent in Santa Monica, the NWS said.