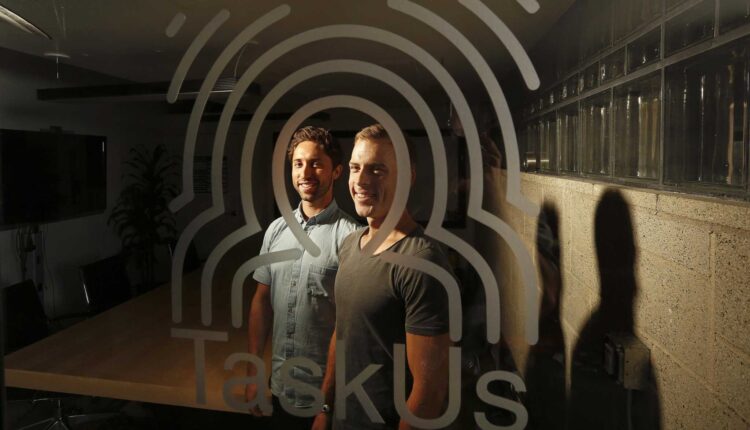 New Braunfels tech services company TaskUs Inc. swung to a loss in 2021 as its revenue jumped nearly 60 percent over the previous year.

For 2022, TaskUs is forecasting revenue of between $980 million and $1 billion. CEO Bryce Maddock said the company ended 2021 with 72 clients who are each spending at least $1 million annually on its services, up from 46 the year before.

Investors liked what they saw, driving up TaskUs’ share price 16.2 percent on Tuesday. It ended trading at $33.37, a gain of $4.65 from Monday’s closing price. The company announced fourth-quarter and full-year 2021 results late Monday.

“2021 was one of our strongest — actually our strongest sales year ever,” Maddock said in a conference call with analysts, according to a transcript. “Q1 of 2022 is off to a very fast start.”

Its 2021 growth, Maddock said, was “driven by expansion with existing clients and new client signings.”

“A big part of our success in this area has been driven by our investments in the fintech (financial services technology) and cryptocurrency space, where we’re delivering the specialized services these high-growth businesses need to grow and protect their brands,” he said. “We also saw continued expansion with our ride-sharing and food-delivery clients.”

Revenue from the company’s AI offerings surged 128 percent in the fourth quarter of the year before because of greater demand from social media and autonomous vehicle clients.

In 2017, TaskUs moved its headquarters to San Antonio from Santa Monica, Calif. It relocated to New Braunfels in 2018, but still maintains a San Antonio workforce.

Founded in 2008, TaskUs went public in June with an IPO that priced its shares at $23. They jumped to $29 on the company’s first day on the Nasdaq exchange.

TaskUs shares fell in January after New York short-seller Spruce Point Capital Management accused the company of failing to disclose enough information about its revenue and work for Facebook. TaskUs is one of the contractors Facebook uses to police inaccurate and inflammatory posts on its platform.

A short-seller makes money by borrowing a company’s shares (usually from a broker-dealer) that they believe will drop in price. They then sell the stock, with plans to buy it back at lower prices before returning the shares to the lender.

On Jan. 20, Spruce Point released a report that Facebook claimed had been relying less on TaskUs as it hired more in-house content moderators. That day, TaskUs shares dropped 15.3 percent, closing at $30.13.