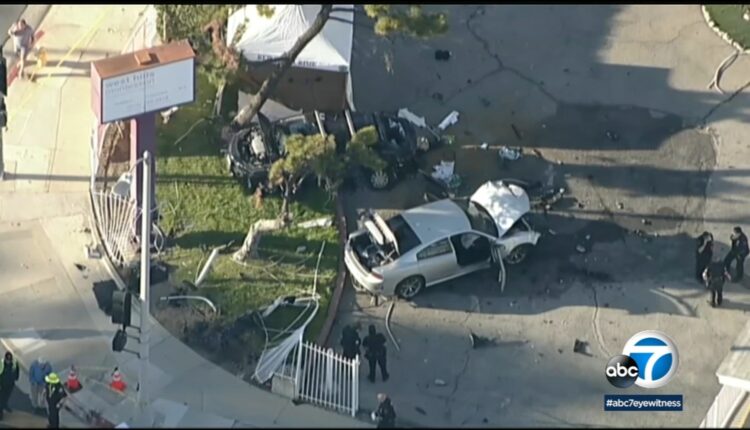 LOS ANGELES (KABC) — State officials are hoping to crack down on illegal street racing, and reckless driving, with new legislation aimed at increasing penalties for those involved in these activities.

The bill would also provide more funding for the California Highway Patrol and other law enforcement agencies to combat illegal street racing.

Street racing, according to officials, has become a major issue in the last few years. That’s why there’s this new proposed legislation that would put an end to so-called sideshow street racing and reckless driving.

Many of these street races have resulted in crashes with people severely hurt and killed. In Van Nuys, there was the tragic death of a 16-year-old teenager, and in West Hills, three separate incidents, one involving a motorcycle, and another involving a single mother.

Officials say there needs to be sufficient resources and authority to enforce traffic safety laws, as the number of street races have quadrupled in recent years. In 2021 alone, law enforcement, impounded 22 vehicles and arrested 14 people. The proposed legislation could increase the amount of time a vehicle can be impounded, as well as seizure and demolition of the vehicle under certain circumstances.

This bill proposes enhanced penalties. On Friday, the public heard from Greg Levinson whose wife was killed by a street racer.

“She was minding her own business. She was actually in a building, and he was racing about 80 miles, or so, an hour, and lost control over the vehicle, and plowed right into the building,” said Levinson at a press conference in Woodland Hills. “There were a number of other injuries, but again, she was the only fatality.”

“I have constituents who are often woken up in the middle of the night by a half dozen cars going three times the speed limit, screeching around turns in what were recently quiet neighborhoods,” Blumenfield said in a statement Wednesday. “This isn’t just a quality of life issue, people are dying and this is beyond unacceptable.”

Last October, CHP received an $800,000 “Communities Against Racing and Sideshows” grant by the California Office of Traffic Safety to deter these crimes and enhance public safety. The CHP will use this grant to focus on reducing the number of victims injured and killed resulting from illegal street racing and reckless driving.