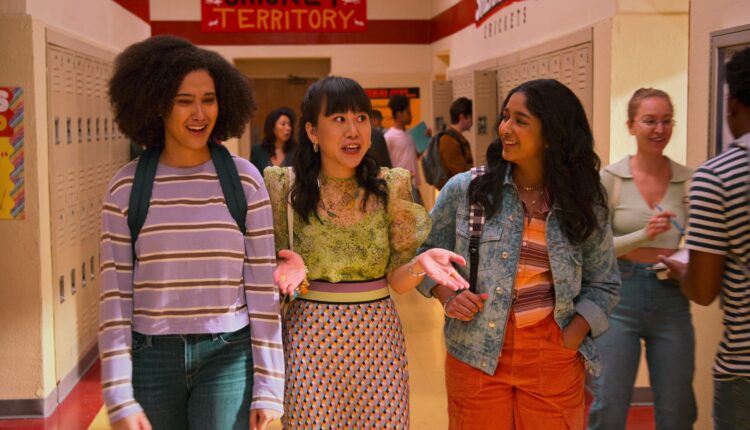 If you want something to do this weekend, look no further. Below is a list of some great Netflix shows worthy of a weekend binge. The streamer has a vast catalog of new and old shows to keep you entertained throughout the weekend, allowing you to enjoy some downtime.

This week, The Sandman, Virgin River, and Stranger Things still hold strong on the Netflix Top 10 TV Shows list. They are joined by Riverdale, Extraordinary Attorney Woo, Keep Breathing, and several others mentioned below.

If you are looking for a great new movie this weekend, check out Uncharted, Purple Hearts, and Jamie Foxx in Day Shift. There is still some time to check out the movies leaving Netflix in August.

Here are five shows to add to your watch list this weekend!

Never Have I Ever season 3

The third season of the Netflix original series Never Have I Ever is now available to stream. The teen drama series will once again feature 10 episodes for its latest season. Loosely based on series co-creator Mindy Kaling’s childhood in Boston, this series is set in the San Fernando Valley. Lang Fisher joins Kaling in the creation of the series, and the pair previously worked together on The Mindy Project.

The series follows the dramatic teenage life of Devi Vishwakumar, a 16-year-old Indian-American Tamil girl. After losing her father, she loses her ability to walk for three months. She then continues the life of an average teenage girl who must deal with school and family life, her feelings for boys, and all the other emotions one experiences during that time.

The third and final installation of the Locke & Key series is now on Netflix. Fans have been excited to see what the last season will bring to the story of the Locke family and their mysterious Keyhouse.

The story begins when the Locke family moves into their family home, and the children discover mysterious keys throughout the house. Each key possesses its own magical power. As the children begin to use the keys, they find out they aren’t the only ones who want to use the keys but the others who seek them want the powers to be used for evil.

The final season consists of eight episodes to complete the story.

I Just Killed My Dad

The docuseries I Just Killed My Dad is a three-part story of Anthony Templet, a 17-year-old who shot his father, Burt. The pair had an argument during which Anthony shot his father two times and then called 911 to report the incident.

Created by Skye Borgman, I Just Killed My Dad doesn’t explore whether or not Anthony committed the crime but chronicles the shocking events that led to why he did it and the events leading up to it. This series will leave viewers with chills.

Instant Dream Home is the newest home makeover series with a twist: The makeovers will be complete in 12 short hours. Designs for these quick makeovers are completed at the design team’s headquarters months in advance.

The design team is comprised of Adair Curtis, Erik Curtis, Nick Cutsumpas, and Paige Mobley, and the series is hosted by Daniel Brooks (Orange Is the New Black). The first season consists of seven house renovation projects.

The second season of the Netflix original series Indian Matchmaking has recently been released. Exciting news for fans of the series, in March 2022, the series has already been renewed for a third season.

Matchmaker Sima Taparia, who previously appeared on Mundhra’s A Suitable Girl, is ready for the second batch of singles in season 2. The series gives the age-old tradition of arranged marriages a modern twist using her years of experience, insightful intuition, and traditional methods. Season 2 will see new and familiar faces as they seek their perfect match.

What Netflix shows are you looking forward to watching this weekend?