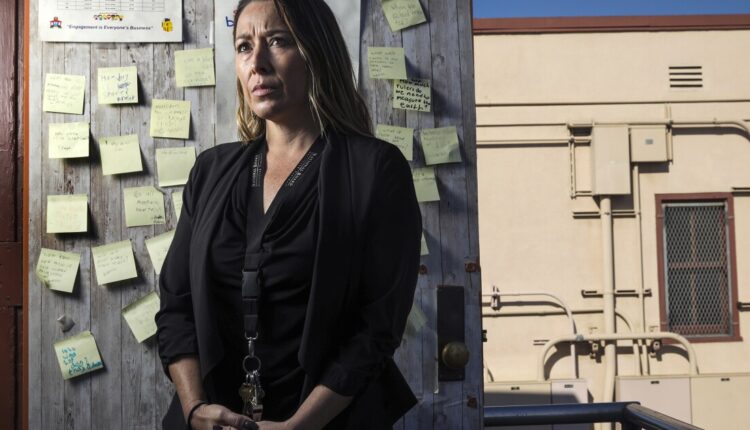 In December, Eva Garcia’s daughter, a high school junior, came in close contact with a COVID-19-positive family member, forcing her to quarantine. A few days later, her daughter also tested positive, causing her to miss more school. When she was ready to return, Garcia, who uses a bus to travel, was unable to get her to the correct coronavirus testing site right away, once again delaying her return to campus.

In all, Garcia’s daughter has missed about a month of school this academic year. Her grades have dropped as her senior year approaches quickly, and she is worried about her college acceptance chances.

“As a mother I tell her to work hard. I tell her that it’s up to her if she wants to keep studying,” Garcia said. “But this situation has made me feel desperate.”

Nearly helped of Los Angeles Unified students — more than 200,000 children — have been chronically absent this school year, meaning they have missed at least 9% of the academic year, according to data provided to The Times by the district in response to a public records request. This more than twofold increase from pre-pandemic years reveals yet another hit to education with widespread learning disruptions even as campuses are open for in-person learning.

In the three years just before the pandemic the district’s chronic absentee rate, already considered high, averaged about 19%. This school year it has been about 46%, according to the data provided to The Times in mid-March.

Like almost all education hardships wrought by the pandemic, the impact of missed school is being borne most heavily by the most vulnerable student groups. For Black students the chronic absence rate is nearly 57%. For Latinos, it is 49%. For homeless students it is 68%.

Carvalho’s district is not alone — school systems across the state have seen large increases in chronic absenteeism, fueled largely by COVID-19 quarantine policies and illness exacerbated by the winter Omicron surge. But the high absentee rates also reflect broader problems — lack of access to transportation, loss of parents and caregivers to COVID-19, economic upheaval faced by many families during the pandemic and, some experts say, the lack of connection that some students and families feel to their schools following a year and a half of virtual learning.

A statewide analysis in January prepared at the request of the California Department of Education showed that nearly 30% of students in a sample of districts representing more than 320,000 students were chronically absent this school year, compared to nearly 13% two years earlier.

“We thought we were going to go back to normal this year and it just hasn’t happened at all,” said Erica Peterson, national education manager for School Innovations & Achievement, a company that works with districts to track and improve attendance, which created the report. “It is going to take a long time to right the ship.”

Teachers have yet another set of unprecedented challenges at hand as they must rework lesson plans to try to get absent students back on track while dealing with multilevel gaps and disparate needs inside their classrooms.

“I have never been so behind,” said fourth-grade teacher Misti Kemmer. “We’re just constantly catching up.”

In teacher Elmer Flores’ third-grade classroom at 6th Avenue Elementary in Jefferson Park in South LA, multiple students have been absent — not just for days, but for weeks that total between a third and half the school year.

Flores says the missed school is especially difficult because his students, who were in first grade when school campuses closed in 2020, were already struggling when they returned to campus this year.

He incorporates independent work time in the classroom three or four times a week so students can learn at their own pace. He also leans on computer programs like ST Math, which uses learning games to allow students to solve puzzles to master math concepts at their level. Still, his students are having difficulties.

“Almost all of the students are one full year behind academically as a result of excessive absences and the whole year that they stayed home,” Flores said.

Some of the absences are related to quarantines and illness, he said. But it’s not always clear why students aren’t showing up. Many would likely do well if they were in class, he said. But he struggles with how to assess students who are not there.

“What grade do you give a student who hasn’t shown up?” he asked. “Even though the student may be capable of dealing with the standard that we’re teaching, if they’re not there how do we evaluate the students?”

Hedy Chang, executive director of Attendance Works, a nonprofit that works to reduce chronic school absenteeism, said in recent years many districts across the country have worked to flag students for “severe” absence when they missed more than 20% of the school year.

Since COVID-19 arrived, so many students are missing large amounts of school that her group recently added an entirely new category of “extreme chronic absence” — for students who have been absent more than half the school year.

“It wasn’t a category that we had before, where kids are actually gone more than they’re there,” Chang said. Students who have missed that much school are at risk of disenrollment, she said.

Kemmer, who teaches fourth grade at Russell Elementary in South LA’s Florence-Firestone neighborhood, said during the Omicron surge in January, her classroom was often more than half empty.

For about a month, she said, “I was only teaching eight or nine students at a time. But it was never the same eight or nine. It was a complete interruption of instruction.”

The situation has improved somewhat since then, Kemmer said. And district officials say they expect the chronic absence numbers to go down as COVID-19 cases decline. But the problem wasn’t limited to January.

In a typical year, she said, it’s rare for students to be absent. Often her students have perfect attendance or there’s “one kid out here or there.”

This year, “there’s three or four kids out every single day.”

That has caused a lot of stress as she tries to keep up with her curriculum.

“It becomes a battle between ‘Do I continue because I have to keep this pace? Or ‘Do I do what’s right by children and teach them the content they’re supposed to get?’ It’s frustrating.”

Experts say that one of the best ways to increase attendance is to ensure students feel connected to their teachers and safe and supported on campus — something that’s even more important at a time in which many students have suffered from isolation and trauma.

But school relationships have been “dramatically affected” during the pandemic — with virtual learning followed by a school year of quarantines, continued illness, debates and concern over safety measures and increased teacher absences and shortages, said Chang, the Attendance Works director.

“If you’re seeing almost half your kids chronically absent, this isn’t a little issue. It’s not just a few kids here and there,” Chang said. “This is a systems issue.”

For numerous reasons during the pandemic, she said, “it’s been really hard to make sure families feel that school is a healthy and safe place.”

“If you think kids are facing trauma the most important thing you can do is build relationships. That’s where kids get engaged,” she added. “But it’s been really tough.”

Like many teachers, high school English teacher Gina Gray, said she’s trying not to dwell on pre-pandemic expectations and instead is working hard to ensure that her students feel supported when they are on campus, rather than like they have been left behind.

“Instead of saying ‘Oh, you missed five days; here are all of those missed assignments’ I try to approach everything as if we are falling forward,” she said. “We can’t do anything about what they missed, but we can meet them where they are and we can go forward.”

She would like to see schools stop the practice of rewarding perfect attendance.

As part of his efforts to understand the barriers keeping students from attending school, Carvalho recently asked for 30 chronically absent students to be assigned to him and each member of his senior staff. The administrators will be tasked with reaching out to families via phone calls or even home visits. Doing so will allow him and other district leaders to connect more with what’s happening at the school level, Carvalho said.

“Without having that connection I seriously doubt that we are wrapped around this issue,” he said. “It’s my way and our teams’ way of saying this problem is so big that we all need to be part of the solution.”

He is also planning to launch an “I Attend LAUSD” program, which would create a team of trained counselors whose primary responsibility is preventing chronic absence by identifying and supporting at-risk students. The framework for the program should be ready by this summer, Carvalho said.

The goal is to increase accountability “without necessarily losing the understanding and compassion that we must approach these students with,” the superintendent said. “Students need routine.”

“Transportation itself should be an enabler of getting to school. But in some instances it’s a detractor,” he said, noting that currently some LA Unified students are only eligible for transportation to and from school if they live five miles away.

If “you have to walk four miles because your parents don’t have transportation … or your parents are working, what’s the guarantee that the child will actually get to school?” he asked.

The superintendent is also acutely aware of the potential fiscal impact of missed days. California is one of a small number of states that still left K-12 school funding to daily student attendance rather than enrollment, a policy that is meant to hold schools accountable for chronic absenteeism.

The governor has proposed allowing districts to use a three-year average of attendance, which could help lessen the blow for LA and districts across the state that have been hit with declining enrollment and skyrocketing absenteeism. In addition to that, LA Unified is working with a coalition of districts and school groups asking the state to go further by calculating funding for next year based on attendance from either the 2019-20 school year or the current year, whichever is greater.

Lawmakers are also considering a long-term change that would base funding on enrollment rather than average daily attendance.

Garcia, whose daughter was a freshman when the pandemic closed campuses and is now approaching her final year before graduation, said schools should act with urgency to help students who have missed school.

“It doesn’t seem fair that she has lost so much time,” she said.