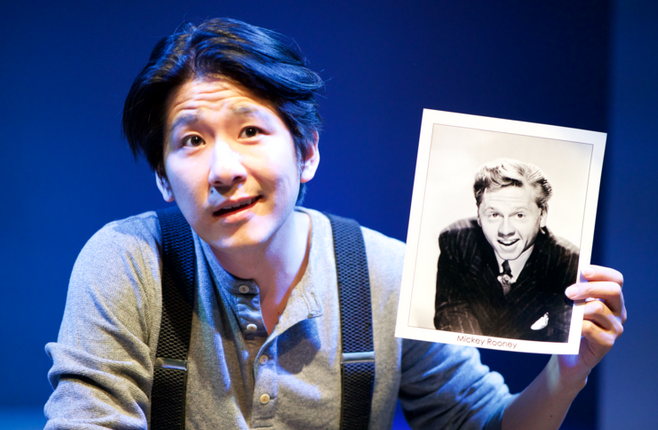 J. Elijah Cho is holding a photo of Mickey Rooney, who played Yunioshi-san in “Breakfast at Tiffany’s”.

The show, produced by David and Ari Stidham, will also be performed in January at New York’s Theater Row Theater.

Mickey Rooney’s infamous performance as Mr. Yunioshi in Breakfast at Tiffany’s (1961) is often cited as the most egregious example of yellowface in the films. His exaggerated characterization is horrifying to look at to this day, but it also raises some questions: Should actors really be able to play any role? Would there ever have been a “right” way for him to play it? And what compels an actor to play a character he probably shouldn’t be playing?

Cho tries to cover these and other topics in “Mr. Yunioshi ”, which was awarded as the best solo show at the Hollywood Fringe Festival 2019. “Beneath the incessant laughter … hides a message about the importance of Asian representation in film and television,” said critic Zachary Bernstein.

“Mr. Yunioshi” was released in November at the Santa Monica Playhouse as part of the Crazy Woke Asians Kung POW! Festival.

Cho is a writer / actor / songwriter based out of Tampa, Florida. He is a member of the sketch comedy group Some Sort of Show. His favorite animal is the unicorn.

A trailer and ticket information can be found at: https://www.mryunioshi.com/

Arrested in the fatal shooting of Jacqueline Avant in Los Angeles