Movies that have to be seen on the holiday weekend 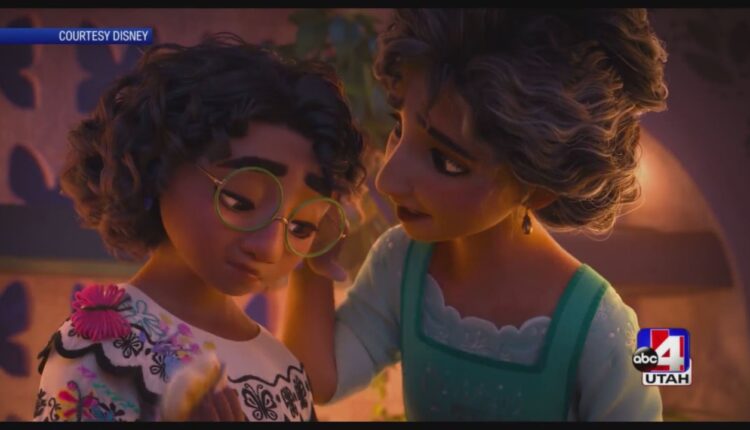 Val Cameron was here just in time for the big holiday weekend with her movie recommendations. We were so excited when she gave one of these films an A! An A is hard to get at Val so know it’s a must! This is a weekend of films being nominated for awards!

Licorice pizza Rated R Licorice Pizza is a film that follows some young adults in California in the 1970s. At a time when the world is going through many problems, these children are trying to find themselves. It touches on social issues and helps you fall in love with the San Fernando Valley and two main characters. You get a few pop-ins from Bradley Cooper, Sean Peen, and Tom Waits, but the stars of the show are holding their own and letting you know what’s going to happen next. Alana Haim and Cooper Hoffman both loved me. Cooper plays a high school actor who tries hard to stay relevant and in love with his life. Alana plays a young twenty-year-old who is stuck in a suburb of California and from one minute to the next doesn’t know whether she wants to grow up or be a child. It’s a relevant movie that most people can relate to with a lot of fun and through dramatic antics.
Grade B +

Gucci’s house R rated House of Gucci is one of the most anticipated films of the year, starring Lady Gaga, Adam Driver, Al Pacino, Jeremy Irons and Jered Leto. To mine, I felt like I was being caught by a movie. When you watch the trailer, you think that you are going to get this glamorous, bellicose movie about this great fashion dynasty. There are some Campy moments, but they mix it up with some very dramatic and over-dramatic moments. The most important thing about this film is the art direction. The clothes are on point and the hair is exactly as we remember the 70s and 80s. The story, however, was a roller coaster ride. I wasn’t sure what Riddley Scott wanted from me. I know most people show up for Lady Gaga and Adma Driver, but Jared Leto and Al Pacino stole the show. It’s 2 1/2 hours long and really took 2 hours or less. It is nominated, but just know that you feel like you are watching two different films at the same time.
Grade C +

charm Rate PG Walt Disney Animation for the win! If you love the feel of Moana and Tangled you will love this movie. It’s about a very special family, the madrigals. You live in a town in the mountains far from civilization. When one of the family members comes of age, they should be given special power as a “gift”. They use their strength to help the local village and to keep the family together. If anything goes wrong with any of the gifts, it stresses the family and tells them what true family power means. This is a cultural feel-good experience. I’ve laughed, I’ve cried, I’ve danced in my seat and I want to see it all over again.
Class a

Deena Marie Manzanares is from Utah but lived in NYC for a few years while attending the Atlantic Theater Company’s drama school. She has been working on site as a professional actress for years, both on stage and in film.