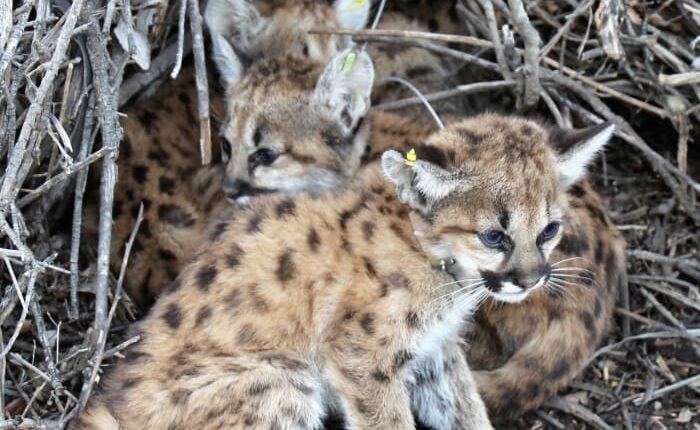 THOUSAND OAKS, Calif. – Two mountain lion kittens who survived after a litter of four was found under a picnic table are being cared for at a Southern California animal hospital, officials said.

The four tiny cats, estimated to be around six weeks old, were spotted outside an office building near Foothills in the Thousand Oaks suburb of Los Angeles on Nov. 29, according to a statement dated by the Santa Monica Mountains National Recreation Area Thursday emerges.

After the mother did not show up, biologists from the state wildlife agency examined the kittens and fitted them with small radio collars. The biologists then put the kittens in a makeshift, camera-monitored den, hoping the mother would come back at night.

Officials soon discovered that the mother had either died or left the litter.

Two of the kittens were found dead early December 2, and biologists took the other two to an Orange County animal hospital, the statement said.

The animals will be temporarily housed at the Orange County Zoo until permanent homes can be found.