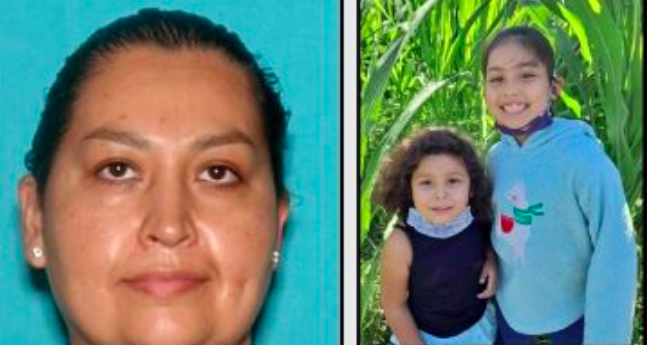 Authorities were looking for two girls allegedly abducted by their mother in the Sylmar area on Friday.

Doroteo and the male suspect are said to push the foster mother to the ground, get the children out of their vehicle and put them in a dark gray Chevorlet Malibu that has fled the crime scene. The car was recovered a short time later not far from Olive View Medical Center, but the children and the suspect were not found.

Doroteo, who previously lost her parental rights, is slated to travel to Mexico, Parra said.

She is Hispanic, 5 feet, 7 inches tall, weighs 200 pounds, with brown hair and brown eyes. She was last seen in a dark hoodie and face mask.

The 4-year-old girl is Hispanic, six feet tall, weighs 58 pounds, has brown hair and brown eyes. She was last seen in a purple shirt, green skirt, and orange shoes.

The names of the children were not published.

Anyone with information on the whereabouts of the children or suspects was asked to contact the LASD Major Crimes Bureau hotline at 562-946-7893.

Anonymous tips can be requested from Crime Stoppers at 800-222-8477 or submitted online at lacrimestoppers.org.