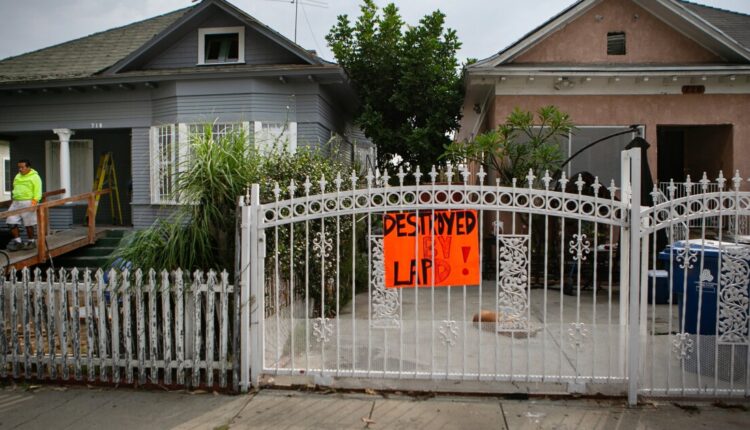 City officials on Tuesday laid out $5 million in spending to stabilize, rebuild and provide ongoing assistance to the former and current residents of a South Los Angeles block that was blown up in a failed fireworks detonation by the LAPD bomb squad last year.

That total includes $1,163,000 in LAPD funding already allocated to the recovery. It also includes $3,837,000 to be allocated this fiscal year, including $650,000 in reimbursements to Councilman Curren Price’s district office, which has been working on the recovery since the June 30 explosion in the 700 block of East 27th Street.

The $5 million in costs were laid out in a report by the chief legislative analyst, which was submitted to and accepted without comment by the City Council’s economic development committee on Tuesday. The report said the funding could be drawn from the city’s reserve fund, or from funding budgeted in the fiscal 2021-22 budget for “extraordinary liability” costs.

The total cost of the blast to the city remains unclear. The $5 million does not include payments being made from the city’s general fund to settle monetary claims brought by residents and local businesses — nearly 200 of which have been filed with the city.

The blast occurred after the LAPD seized a stash of illegal fireworks at a home on the street and then miscalculated its explosive power before detonating it in a blast containment vehicle — destroying that vehicle and nearly 40 others, damaging 35 properties and injuring 17 people.

Two elderly residents of the block died in the following days, which family members have linked to the explosion and the stress and disruption it caused. Officials have said the residents died from other causes.

Residents displaced from their homes and apartments by the blast have been put up in the Level Hotel downtown. Some families were provided $10,000 grants to cover living costs, as well as $2,000 on “Angeleno cards,” debit cards from the mayor’s office used for those in need of assistance.

Pairings for all of the divisions – Press Enterprise