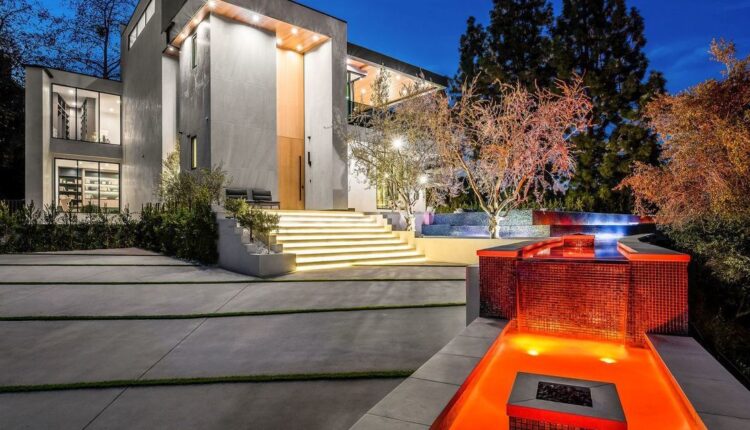 A newly built megamansion in Los Angeles, complete with a 100-foot-high, LED-lit waterfall, went on the market last week for a hair under $15 million.

A newly built megamansion in Los Angeles, complete with a 100-foot-high, LED-lit waterfall, went on the market last week for a hair under $15 million.

Located in the neighborhood of Royal Oaks in Encino, the gated property offers seven bedrooms and 10 bathrooms in over 13,000 square feet. The residence offers “quintessential California living with exceptional city views,” according to The Agency’s Dennis Chernov listing.

New developments are rare in Royal Oaks, a “highly desirable enclave in Encino,” Mr. Chernov said in an email. “This home was just completed in January of this year and sits on a spectacular lot of over half an acre.”

The home features “floor-to-ceiling windows and pocket doors that blend the lines between indoors and outdoors, and rich wood accents that make it feel warm and inviting,” he continued.

A living and lounge area adjoins the chef’s kitchen, which offers wine storage, a butler’s pantry and professional appliances. There are also formal living and dining rooms, as well as a family room, a wet bar, and a glass-enclosed office, the listing says. 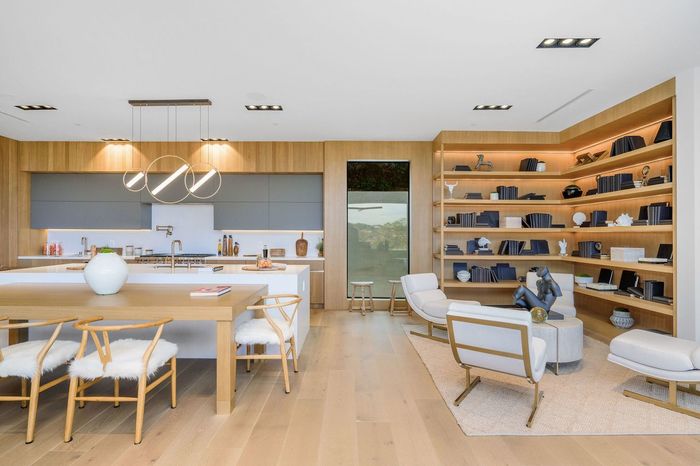 There are five bedrooms on the second floor including the master bedroom with fireplace; a balcony with a fire pit; and a walk-in closet with accessory room. There are two further en-suite bedrooms, one on the ground floor and the other on the lower level.

There are a number of amenities downstairs, including a home theater, gym, sauna and a 2,000-square-foot garage with space for six to eight cars, the listing says. There’s also a basketball court, a rooftop fire pit, an outdoor kitchen with bar seating, and an infinity pool and spa.

The waterfall starts at the pool and descends along the edge of the house entrance as the photos listing shows. The LED lights bring a pop of color and fire features give it extra sparkle.

“I think it’s great that the elevator goes from the basement to the roof terrace. It’s the home of a true entertainer,” said Mr. Chernov.

According to records at PropertyShark, the underlying property was last traded to a limited liability company for $2.56 million in 2019.

Ready, steady, go anywhere: The “National Plan for the Day of Holiday” is coming on January 25th