Mayor Garcetti has mild symptoms after a positive COVID test 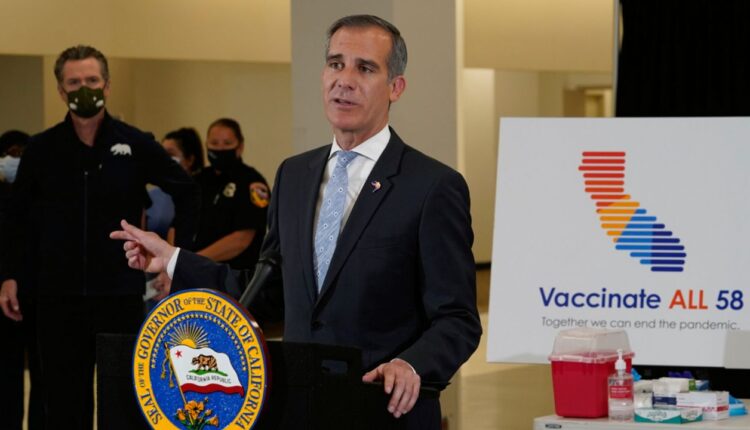 In accordance with UN guidelines for the conference, Garcetti performed self-administered nasal swab tests frequently and tested negative, including negative results twice on Wednesday, throughout the trip that began Monday. On Tuesday, the mayor and his staff took PCR tests to return to the United States, and Garcetti’s positive test result was received on Wednesday.

The mayor had developed no symptoms on Wednesday and said during an interview with a local media broadcaster, “I feel great, which means that either at best I got a false positive or at worst as a double vaccinated person, the symptoms are extreme mild.”

His office said Thursday afternoon that he had mild symptoms and was resting in his hotel room. The Los Angeles Times reported, based on an email the mayor sent to his staff, that Garcetti had a fever and cold symptoms. The Times also reported that his tentative return date to Los Angeles is November 13th.

Garcetti told local media that he plans to continue working while in isolation, although he “will have to adjust my sleep to do so”.

“I don’t plan to sit back,” he said. “I think my Netflix queue will be as long as it is today.”

On Monday, the mayor announced to heads of state that C40 Cities, a 97-city climate coalition – headed by Garcetti – has received pledges from more than 1,000 cities and local governments to join the coalition’s Race to Zero.

The mayor spent Monday and Tuesday with the C40 delegation, which includes mayors from 12 international cities in the coalition, including mayors of Seattle and Phoenix and Athens, Greece; Oslo, Norway; Paris; and Stockholm, among other international cities.

Garcetti and the rest of the delegation took a 4 1/2 hour train ride from London’s Euston Station to Glasgow Central Station on Monday.

In Glasgow, Garcetti was in close contact with London Mayor Sadiq Khan, who succeeded Garcetti’s as chairman of C40 Cities, as well as former New York Mayor Michael Bloomberg, who acts as UN special envoy for climate ambitions and solutions and global ambassador of the campaigns Race to Zero and Race to Resilience.

Garcetti told KNX Newsradio on Wednesday afternoon that during the trip he had no contact with President Joe Biden, who has appointed the mayor as the next ambassador to India. All participants in the UN climate conference were vaccinated, he said.

KHN’s ‘What the Health?’: Compromise Is Coming — Maybe

The Story of a Santa Monica Sports Bar: O’Brien’s Irish Pub – The