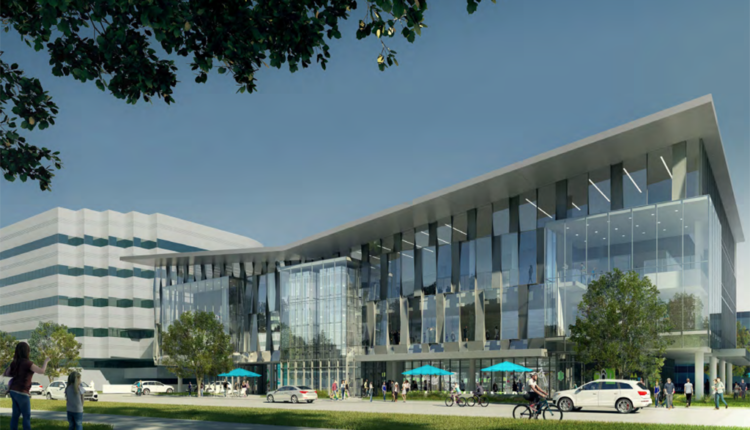 The long-planned Phase 2 redevelopment of the Providence Saint John Health Center goes to the planning committee, with Providence Health Systems seeking approval for an overhaul of its south campus facilities and the signing of an updated benefits agreement.

Providence Saint John’s is a 266-bed hospital located on a 10-acre campus on both sides of Santa Monica Boulevard between 20th and 23rd Streets. Recovery plans date back to 1994, when the Northridge earthquake destroyed significant portions of the hospital’s infrastructure, leading to a 1998 City Council agreement for a 55-year reconstruction and development period.

Construction on the first phase was completed in 2013, the same year that Providence Health Systems purchased the entire hospital campus. The Phase Two plan is primarily focused on the hospital’s 5-acre South Campus, located on the south side of Santa Monica Blvd. but also includes three locations on the main campus just north of Santa Monica Blvd.

In order to receive city approval for the massive project, Providence Health Systems must enter into a community benefits agreement. The proposed 12-part agreement includes requirements for Saint John’s to fund and facilitate the city’s health, homelessness and social services priorities. Saint John’s will conduct some of this work directly at its rehabilitated facilities, while other aspects will be performed by the city or other community partners with funds from Saint John’s.

The Planning Commission will discuss the proposal during a meeting on January 26 starting at 5:30 p.m. and will be streamed live on youtube.com/user/Citytv16santamonica. The commission’s recommendations will be forwarded to the city council, which will have the final say on the project at a later date.