MarketInk: Classroom is a research laboratory for professors who mix science and advertising 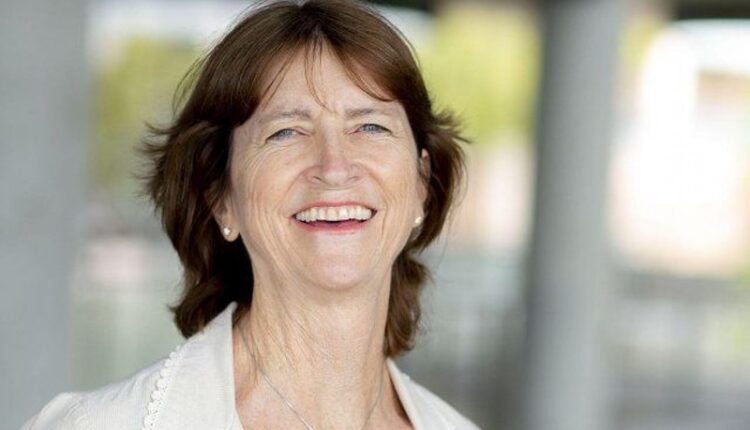 In 1985 she began teaching advertising at Grossmont College and the University of California San Diego Extension. Before that, in 1982, she joined KUSI-TV as the first employee in advertising sales for the station. In 1993 she left KUSI to start her own company, Sun Marketing Advertising and Media.

“My first entrepreneurial venture client was a start-up with this new idea called advertising on the hot internet,” McCabe told the Times of San Diego. “I helped sell what I believe was the first graphic national internet banner ad in 1993 to the University of Phoenix.”

Over the years, Sun Marketing has served more than 3,000 customers, including Novartis, Sempra Energy, Weyerhaeuser, and PepsiCo.

McCabe recently joined the Fermanian School of Business at Point Loma Nazarene University as a marketing professor after 11 years at National University serving as the Academic Program Director of the Masters program in Marketing. She teaches classroom and online courses in the principles of marketing, market research and analysis, and the integration of marketing communication and sales.

“I’m passionate about teaching and learning new things,” said McCabe. “The classroom was my research and development department for Sun Marketing. My students have been invaluable partners in researching and testing the broad concepts and real-world marketing strategies and tactics. “

McCabe is also part of a group of digital marketing experts who are currently revising their eighth edition of Mobile Marketing Essentials, a textbook used in 53 universities around the world.

“In 2014 there was no university textbook on this subject. So I put together a group of industry and science experts in mobile marketing and digital marketing content creation, ”said McCabe. “Thousands of dollars from book sales were donated to marketing student scholarships.”

In addition to teaching, McCabe is passionate about travel for women. Until 1993 she traveled to six continents alone and published under the pseudonym Dr. Mary Travelbest published a travel guide that sold 10,000 copies. Since 2019 she has moderated “Dr Mary Travelbest Guide”, a weekly podcast that, with around 40,000 downloads, is among the top 10% of downloaded podcasts.

“I’ve created 145 episodes, each around five to eight minutes long, with tips and excursion tips, including my experiences,” said McCabe. “I’ve visited almost every major city in the US at least once. In the middle of the pandemic, in July 2020, I took a 5,000-mile solo journey by car and achieved my goal of visiting all 50 US states. ”

The San Diego Business Journal, a local weekly business newspaper, announced that George Lurie has been promoted from special editor to editor-in-chief. He joined the Business Journal in August 2021.

Lurie has over 40 years of journalism and communications experience, including writing for the Fresno Business Journal. He also covered breaking national news for USA Today, headed an international reporting and editing staff for the Japan Times in Tokyo, and covered the Colorado Statehouse for the Durango Herald. He began his career as a reporter for the Denver Post.

He has also worked as a communications specialist for a school district, two public universities, and a government-funded health organization.

Prior to the Business Journal, Lurie lived in Fresno and worked for Sierra News, an online publication covering communities near Yosemite National Park. He has a daughter who recently graduated from San Diego State University.

“San Diego has a lot of warm and friendly people,” Lurie told the Times of San Diego. “I lived in San Diego in the late 1990s on a boat that was anchored in a marina on Harbor Island. The city was great then and now it’s even better. “

Lurie is the publication’s fourth editor-in-chief in three years. He succeeds Jay Harn, a former community newspaper owner and publisher who served as an editor from February 2020 to October 2021. Harn succeeds Stephen Adamek, who served as interim editor-in-chief after the departure of Vic Jolly, who left the magazine in June 2019.

A statement from publisher Barb Chados also announced the promotion of Mark Misiano from controller to chief operating officer, a newly created position within the company. Misiano, with around 20 years of experience in the publishing industry, joined Business Journal in 2004. He started his career at Ernest & Young. In his new role, he will head the finance department as well as the sales and production departments.

Craig Hughner left the San Diego Padres after four years as VP of Communications to join the Los Angeles Lakers of the National Basketball Association as Director of Media Relations.

Hughner will act as the first media contact at the Lakers. He will oversee game day media work, including taking game notes, login information, seating plans, photo graphs and statistics. He will also host press conferences and media events, develop public relations plans and media strategies, and act as a media liaison with the NBA league office. His first day at work was January 3rd.

Hughner spent 15 years in Major League Baseball. Prior to the Padres, he served a year as director of media relations for the Detroit Tigers and spent nine seasons in various baseball communication roles with the Philadelphia Phillies, including their World Series championship in 2008. He began his MLB career as a baseball Information intern for the Seattle Mariners in 2007.

Born and raised in Lomita, he graduated from Palos Verdes Peninsula High School in 1998. He holds a bachelor’s degree in communications from Washington State University.

“We are excited to bring Craig back to Los Angeles and welcome him to the Lakers family,” said Tim Harris, President of Business Operations for the Lakers. “He is widely respected by his colleagues and brings a wealth of media skills to our organization.”

“It’s really a dream come true to join this historic and iconic franchise,” said Hughner. “The pride I feel when I wear the purple and gold of my home team is indescribable. I am humble and grateful for the opportunity. “

Registrations are accepted until January 29th. The entry fee is US $ 75 for members and US $ 100 for non-members. Prize categories include public relations, advertising, digital marketing, multimedia, writing, publications, collateral and design, and special events. For more information, email [email protected], call (949) 322-7262, or visit the online registration form.

The organization is also accepting nominations for its annual Communicator of the Year award. The COTY award is open to all professionals at all levels serving in a marketing communications role in the healthcare or other health-related area in Southern California. This includes professionals from the fields of public relations, marketing, advertising, health or the media.

Eligible nominees must have consistently demonstrated excellence in health communication through their services to their organization and / or to the entire healthcare industry. There is no entry fee for COTY nominations. The closing date for COTY nominations is January 15th. Please see the online listing page for more information.

How stocks of public companies based in LA performed in 2021