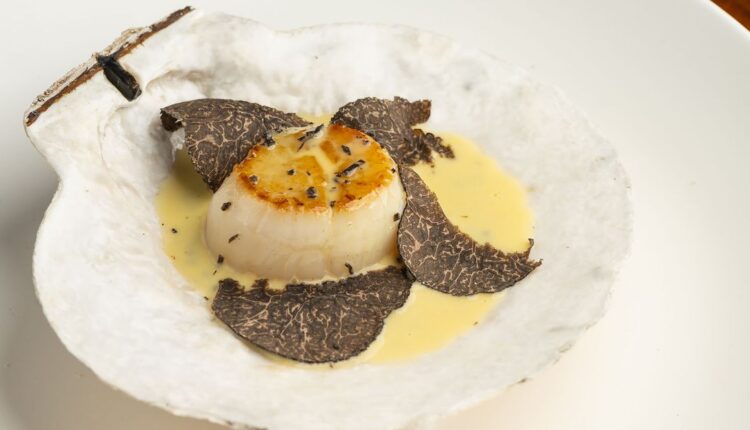 Los Angeles’s fine dining moment is here, marked by the return of the Michelin guide, the growth of places like Kato — now located at the Row DTLA, and striving for three stars — the steadiness of spots like Angler, Melissa, Providence, and N /Naka, and the promise of coming restaurants like Habitué. Also in the mix is ​​Manzke, the eponymous upstairs restaurant from two of the most respected restaurateurs and chefs in America.

“Los Angeles cuisine is very open,” says Walter Manzke of Republique and Bicyclette, which is below Manzke in the former Sotto space on Pico. “Nothing against, say, San Francisco, but when you’re there, they say ‘This is what we do.’ In LA, it’s whatever is best.” Along with his partner and wife Margarita Manzke, Walter is not looking to upend the existing dining spectrum in Los Angeles, but rather to fill it in a bit more thoroughly at the top end. Great produce exists at countless restaurants across the region, he reckons; it’s about manipulating those fruits and vegetables just enough to stand out, and ordering in other luxury products (say Dover sole from Europe, or morel mushrooms from the Himalayas) that can’t be sourced from the Santa Monica Farmers Market. “It’s not necessarily all local,” Manzke says of his new menu, “or even farm to table. It’s about the best ingredients. There’s stuff from all over.”

To access Manzke, diners shell out $225 per person with the option to add a $165 wine pairing, or more for something bespoke and higher end. The evening spans 10 or so nightly courses across 50 seats inside, with dishes ranging from white asparagus to truffles to caviar to abalone from Monterey Bay and wagyu beef from Miyazaki in Japan. It’s an hours-long, elegant affair, something the Manzkes have wanted to offer since the early days of Republique when that restaurant’s back room was reserved for tasting menus. And while Republique has since gone on to become its own kind of cult a la carte hit, the new Manzke restaurant became possible because of the unique features of the shared two-story former Picca and Sotto space. Now, the Manzkes are using the connectedness to their advantage across Manzke and Bicyclette downstairs.

While both spaces have their own kitchen, they share almost everything else — including an ice maker, buying power at the market, and even staff. “Anyone that’s done fine dining, the biggest hurdle is that it becomes monotonous. People get burned out, so they go back to more casual places. We have the ability to rotate staff, have them spend six months doing fine dining and then go downstairs where there’s more energy, it’s more spontaneous.” Indeed, the Manzke menu is a high-effort, small-output nightly operation, where dinner is small, elegant, and enjoyable — a respite from the two-plus pandemic years and a place to seek out luxury where appropriate. There is no lunch, no standalone bar menu (for now), and the plan to begin is to only offer one seating each evening. “We don’t need to do more than that,” Manzke says. “We want to keep the quality really high.”

Chef de cuisine Joe Garcia, who has been working with the Manzkes for several years, previously comes from the French Laundry; Garcia’s sous chefs Vince and Luca are from Le Bernardin and Somni, respectively, and the general manager hails from Jean Georges out of New York City. Shawn Lickliter remains the bar director, with Sarah Clarke as the overall wine director for the Manzke’s many projects. Together they run the Manzke ship alongside Walter and Marge five days per week, Tuesday through Saturday, with every Sunday and Monday off.

The Manzkes, who also operate restaurants in the Philippines and Sari Sari Store in Downtown’s Grand Central Market, know that their new namesake restaurant comes at an elevated cost for diners. It has also been a major investment for them, considering they’ve been holding the lease (and paying rent) at the address for two full years. They’re hoping to bridge those two perspectives by offering both luxury and relative value, at least with respect to the service provided and the scope of the products being used. And, being in Los Angeles, the opportunity to appeal to a more upscale audience beyond just steaks and sushi means a lot. “I like that LA’s food has soul,” says Manzke. “It’s a city that’s very diverse, with really great people from all over — and the weather is really nice. We use that to inspire the cooking, flavors, and ingredients from all over the world.”

Manzke is open upstairs at 9575 W. Pico Boulevard, with dinner only hours from Tuesday through Saturday. Reservations can be made on OpenTable. 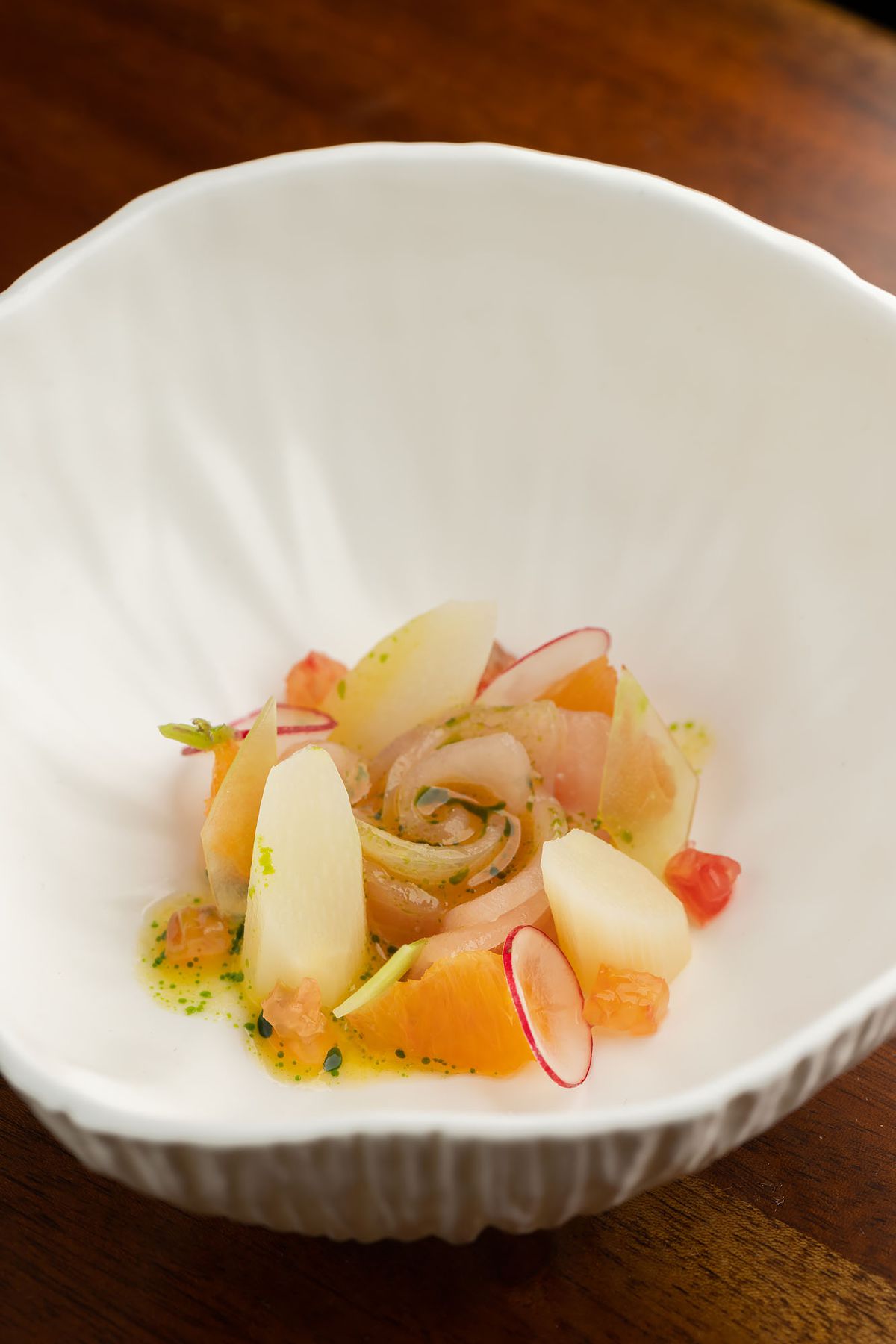 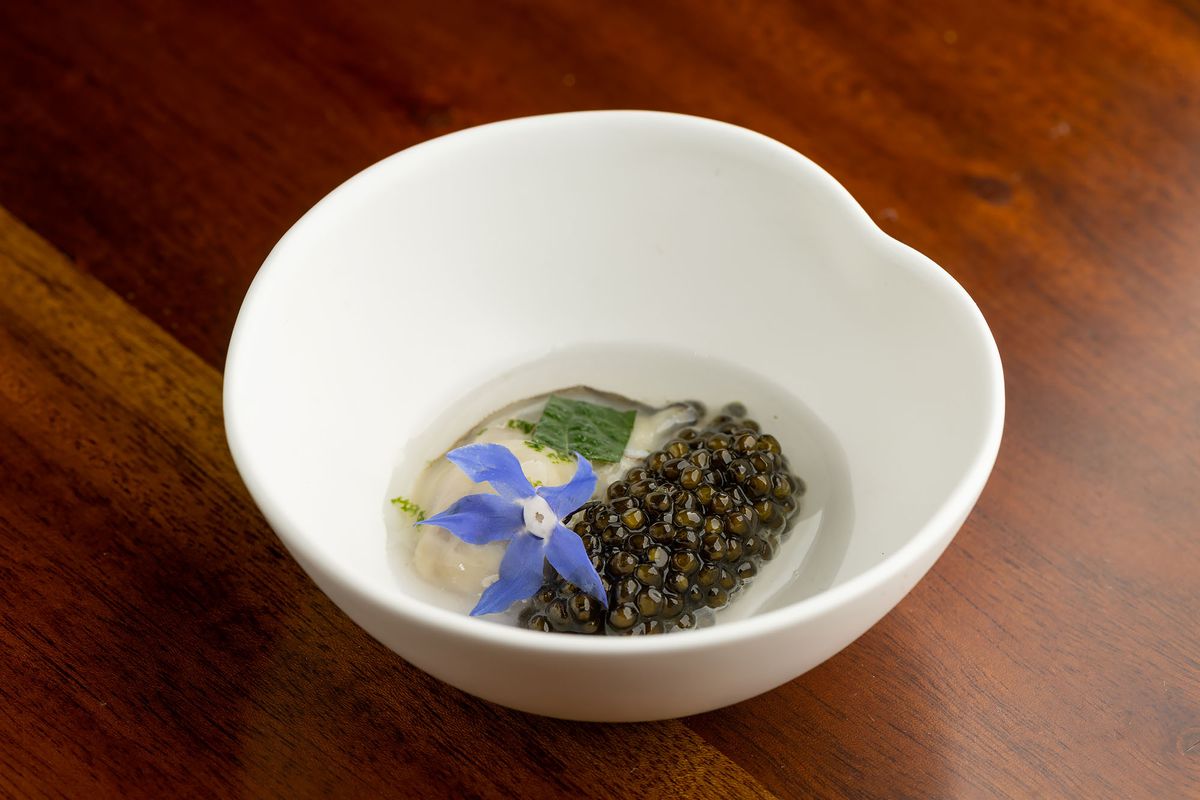 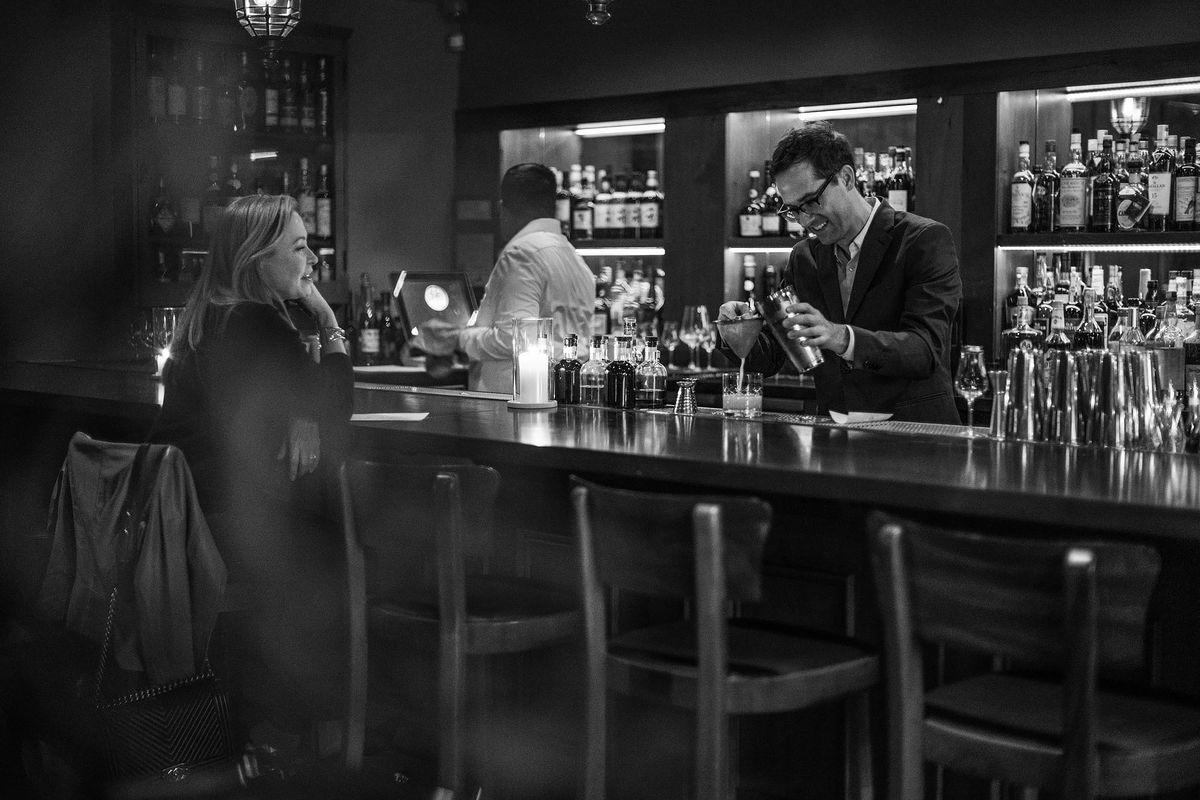 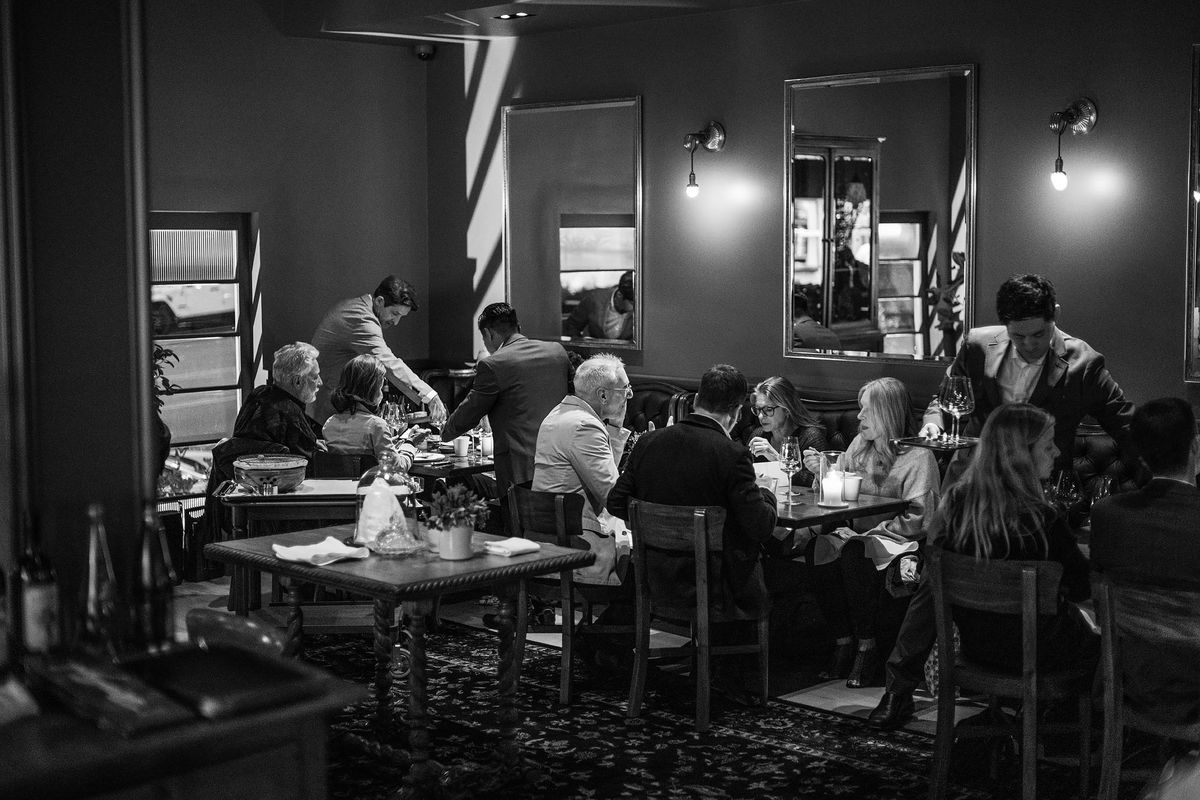 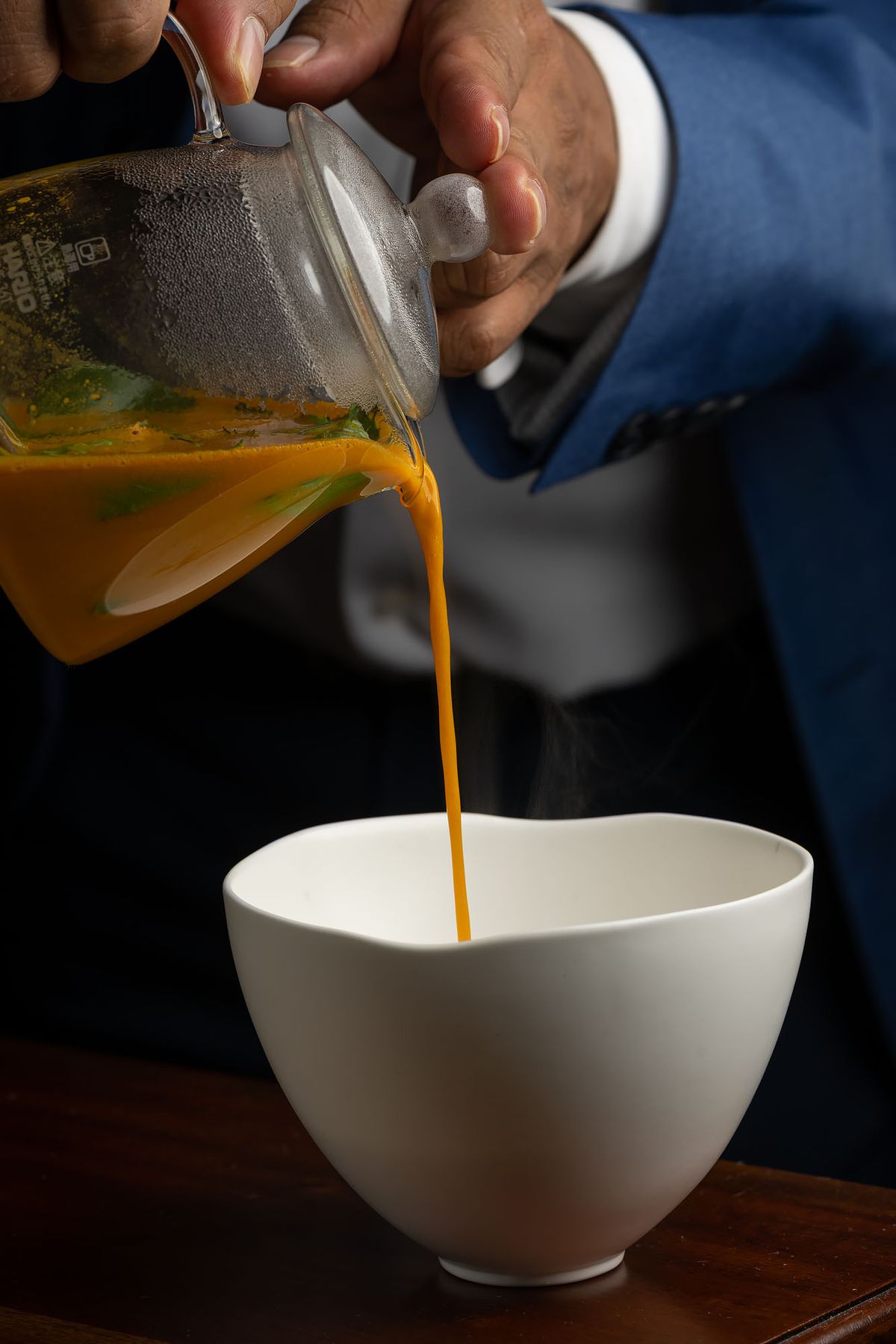 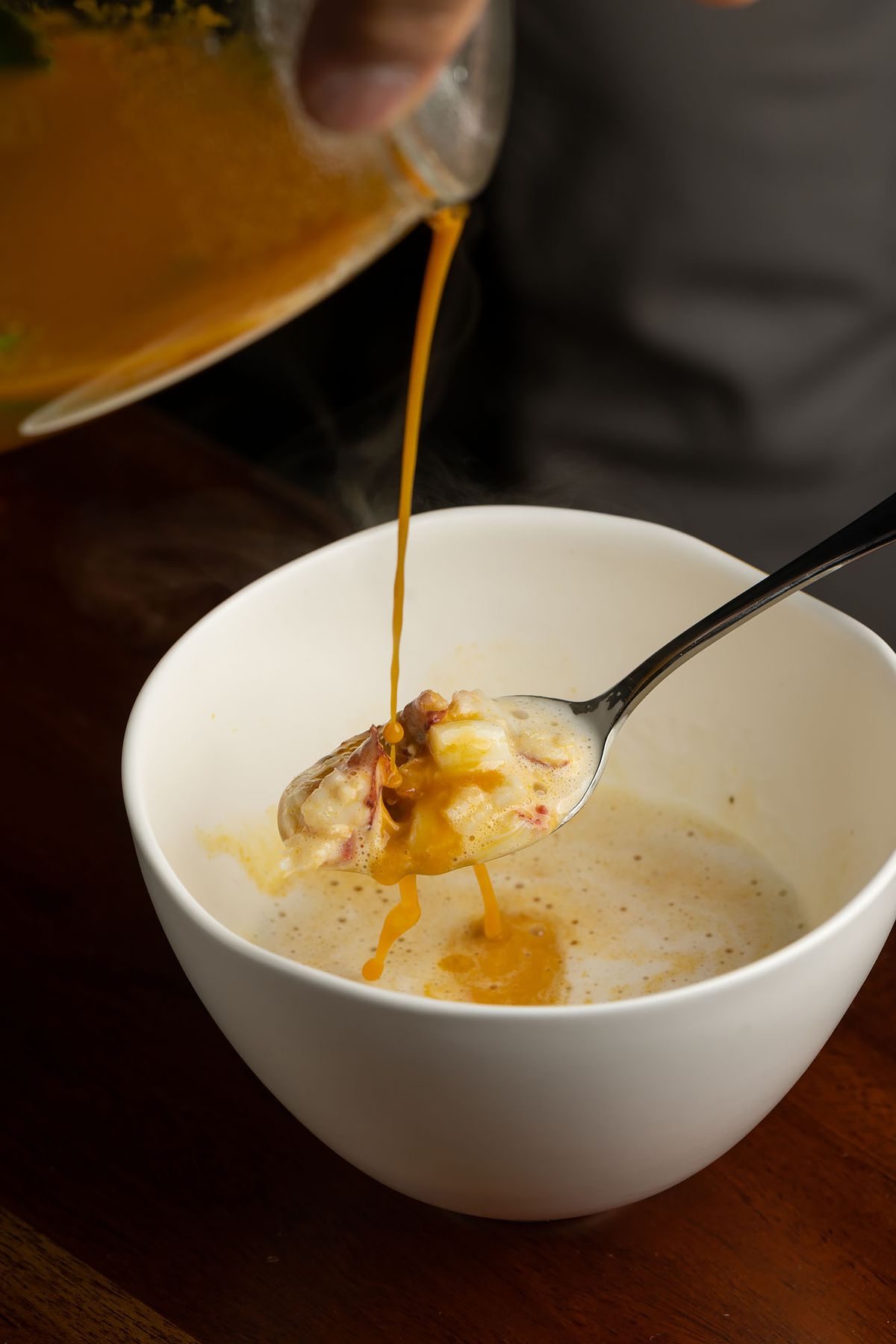 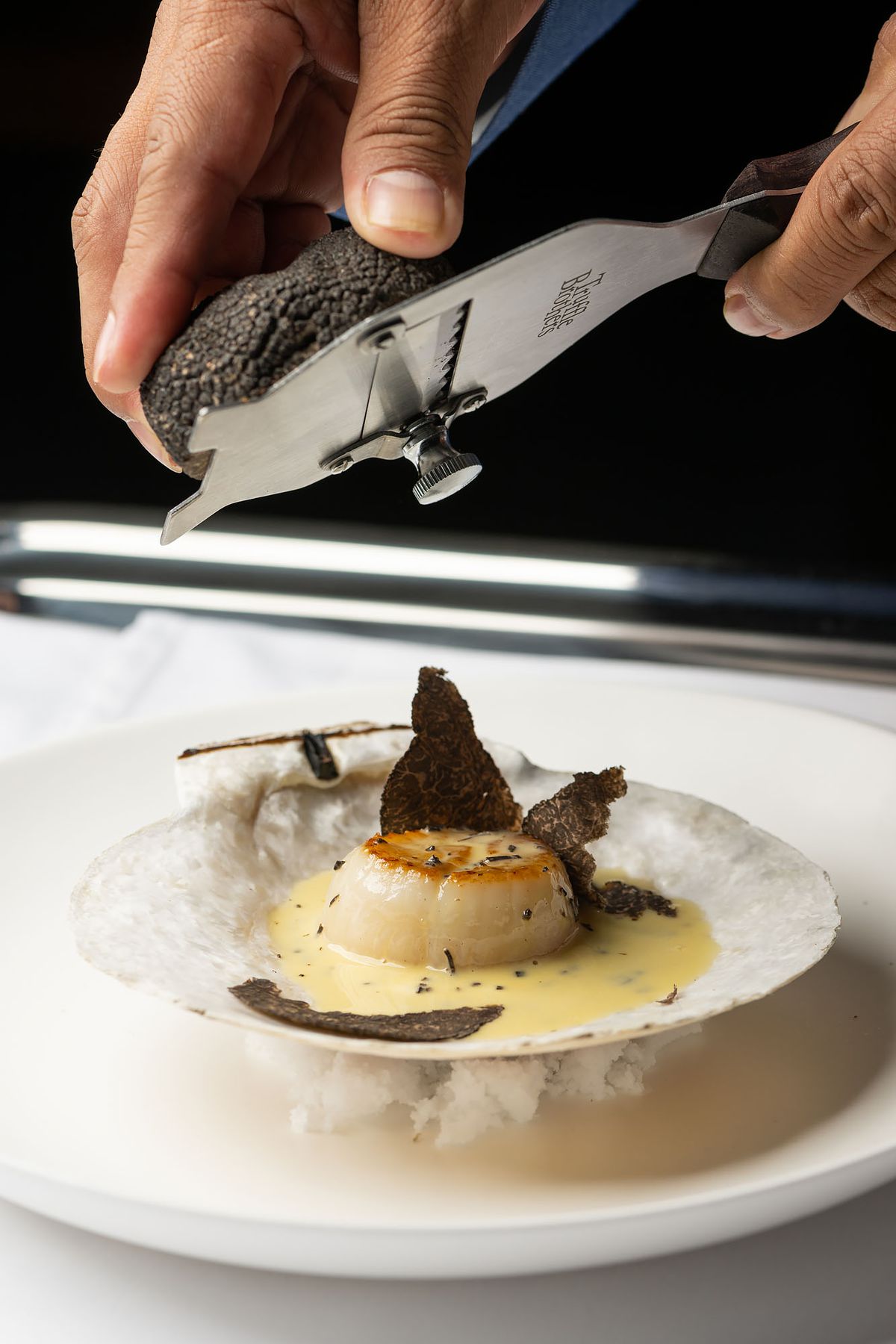 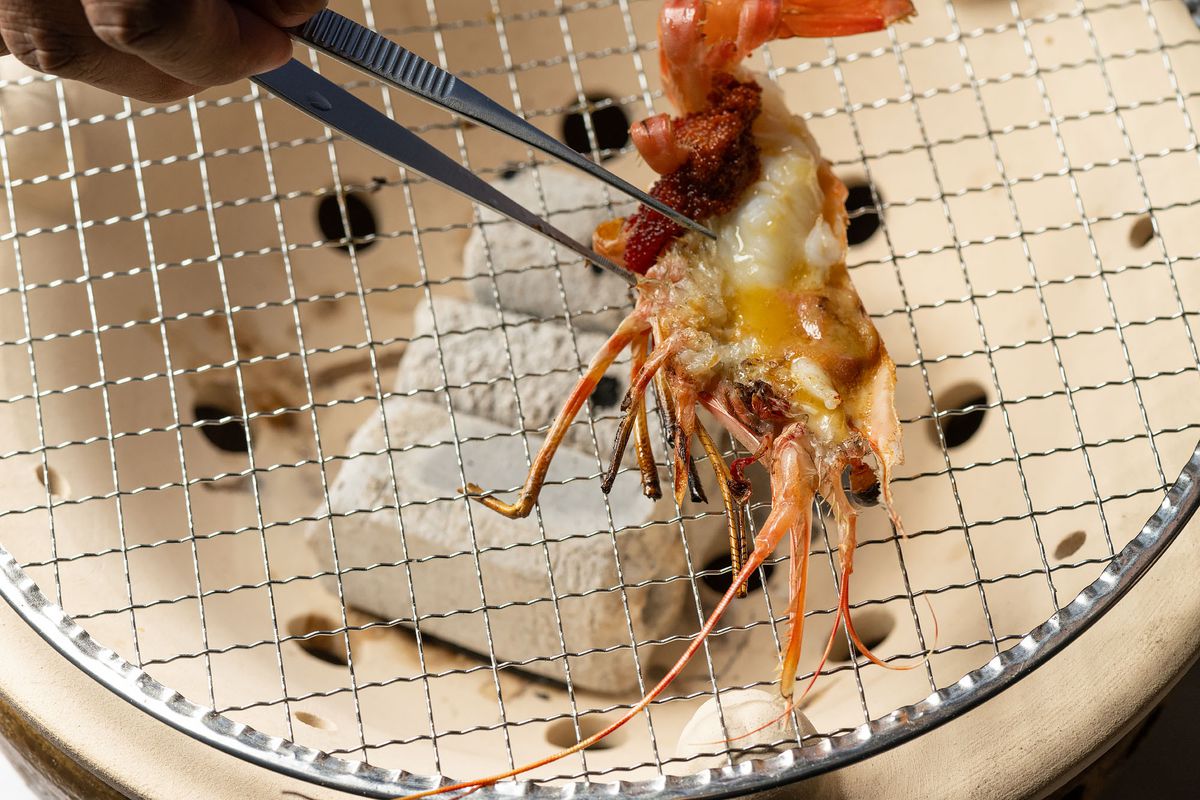 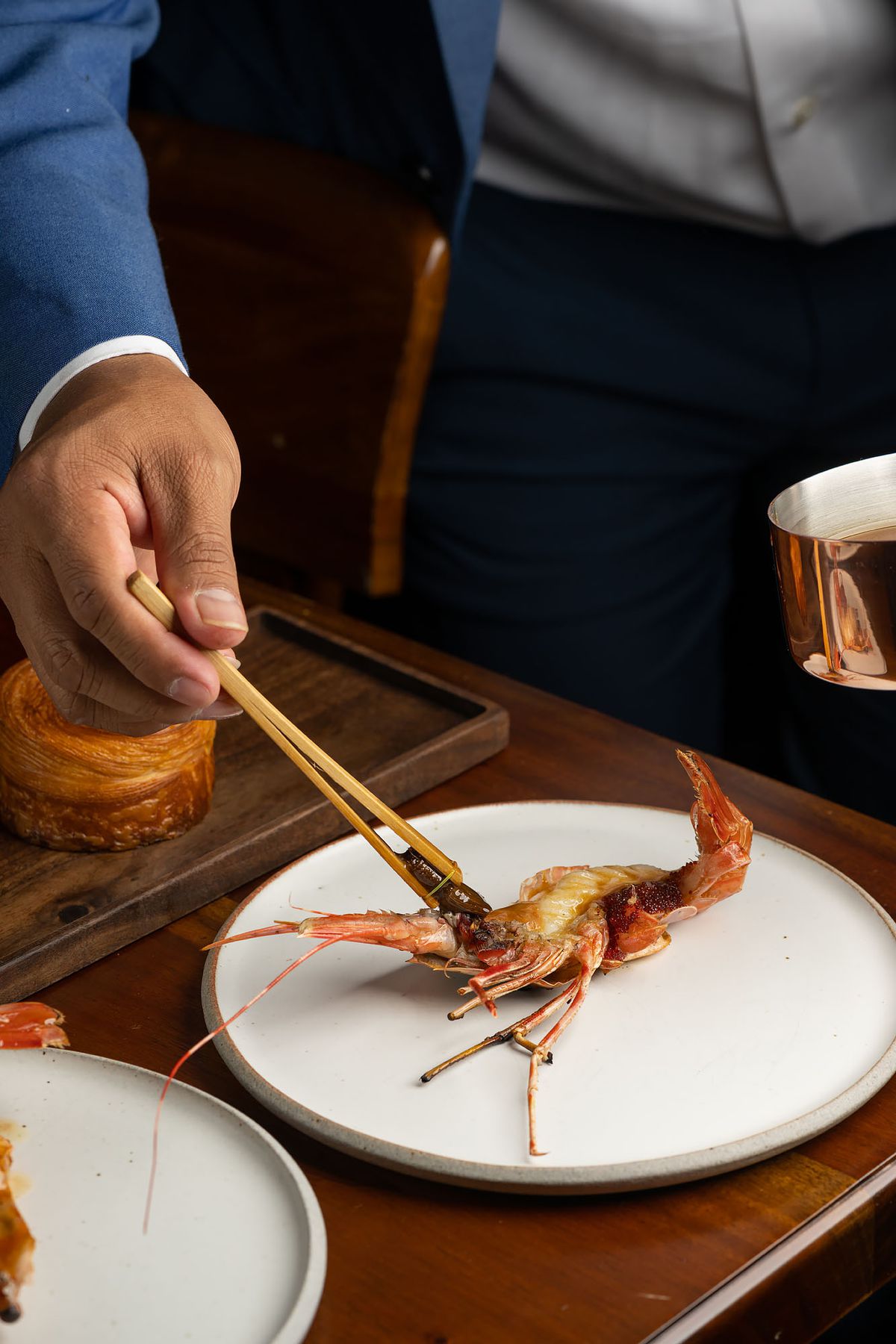 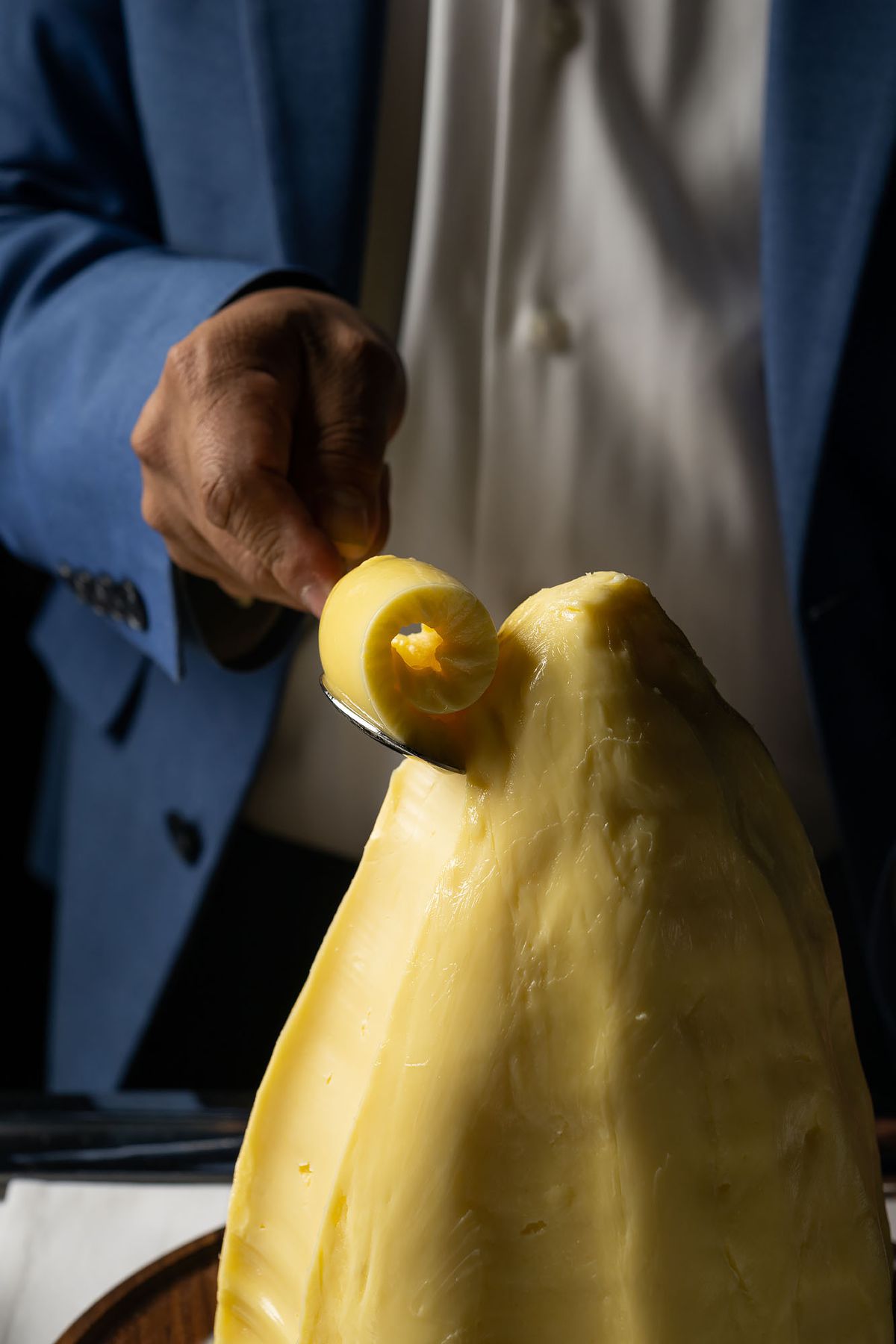 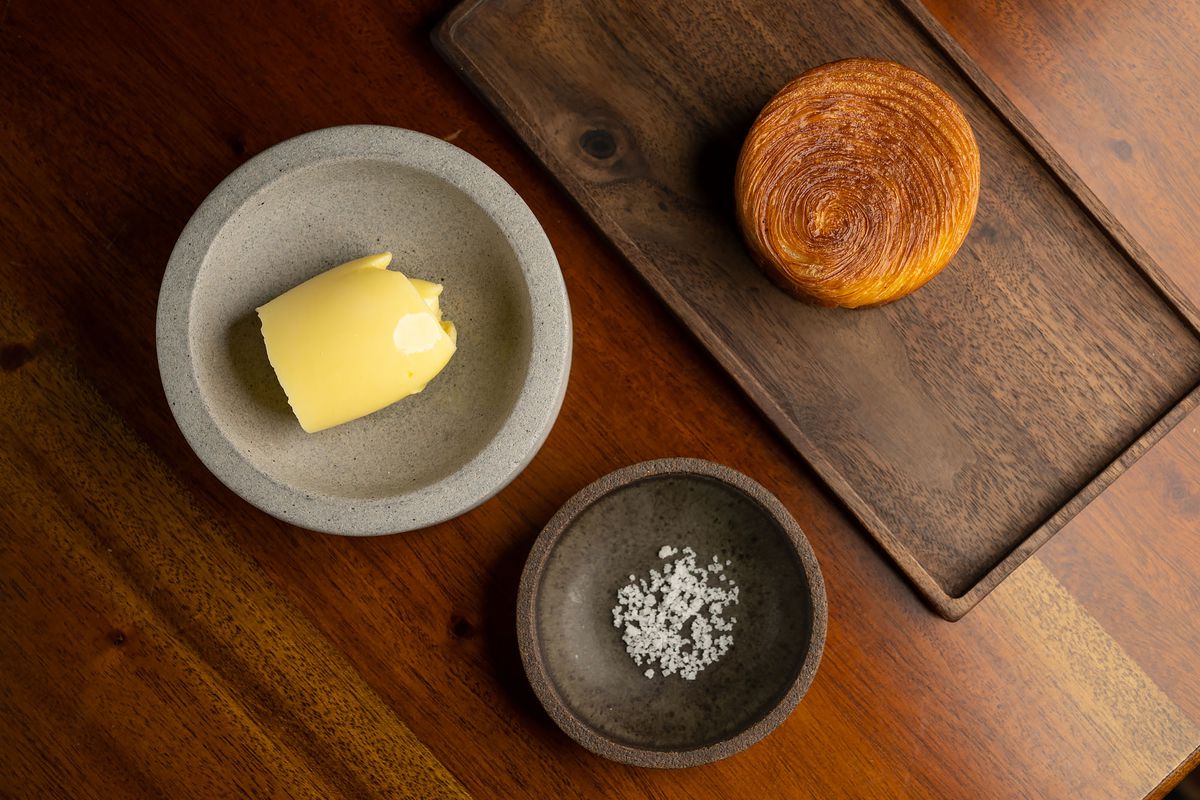 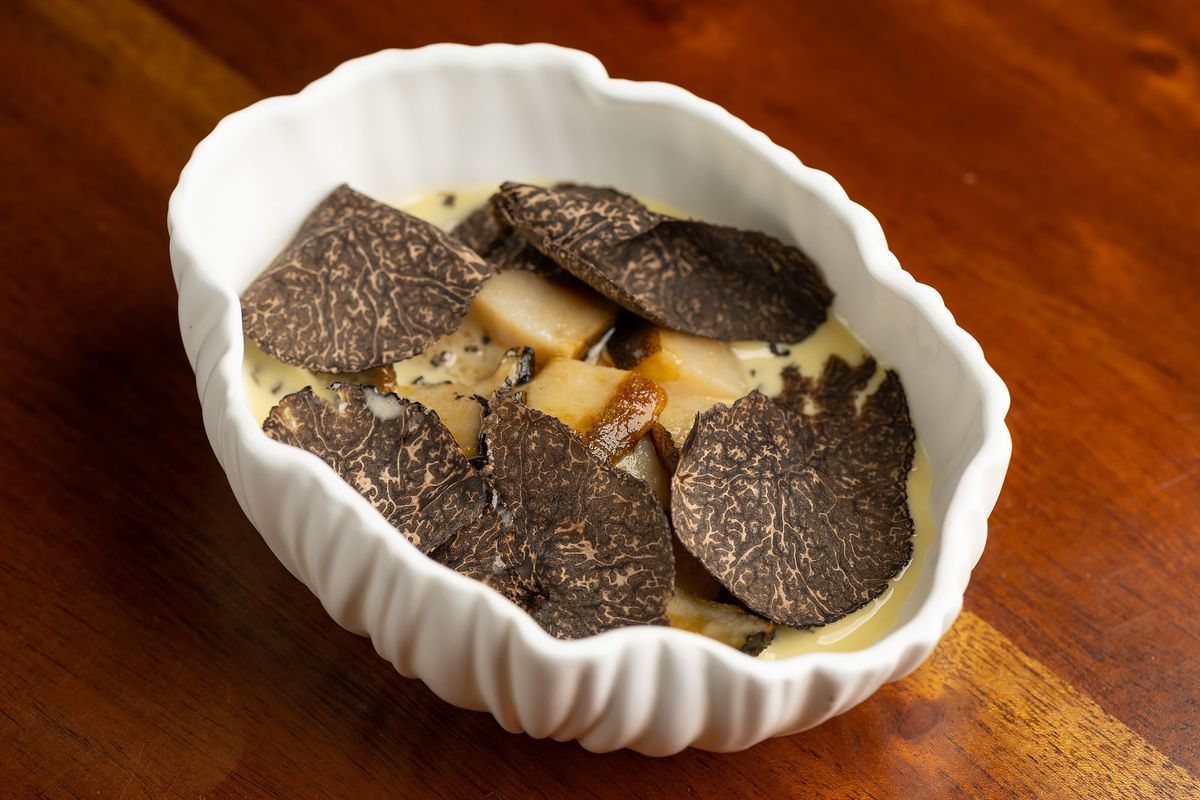 Photos: As the sun sets on SXSW, see the stars themselves face to face