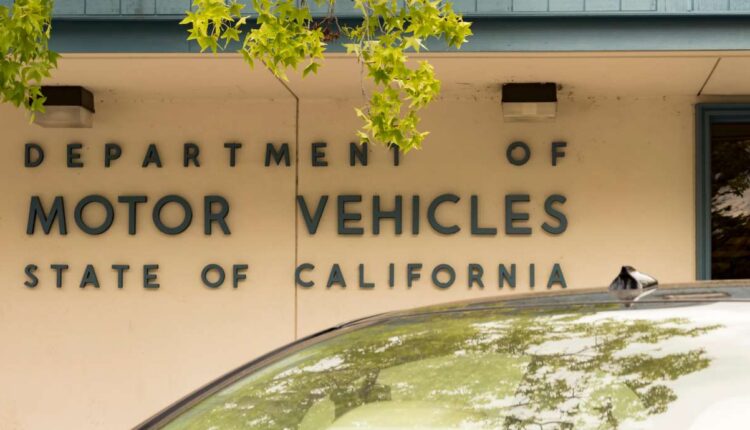 California Department of Motor Vehicles sign on May 16, 2018 in the city of Los Gatos. A man from California desperately wants his driver’s license renewed – it just needs to be declared alive again. (Alamy Stock Photo)

According to DMV, a Fresno man was pronounced dead by the Los Angeles County medical examiner. The only problem – he is alive and well and only found out he was “dead” when he showed up at the DMV to renew his driver’s license.

Hunter McKay says the DMV will not issue him a new license because he was listed as “deceased”. Apparently the DMV has a copy of his death certificate with his driver’s license number signed by the LA coroner.

He says he hasn’t even been to Los Angeles in years, and when he called the county they said there was no record of his death. Even so, the Fresno DMV says he’s been dead since October last year.

McKay says he checked with Social Security and his bank. It doesn’t appear to be a case of identity theft and they also say he’s alive. While dying to renew his license, McKay says he’s struggling to prove to the DMV that he’s alive.

He’s frustrated that not even the DMV staff know how to revive him. The television station KFSN has contacted the DMV, but has not yet heard anything.