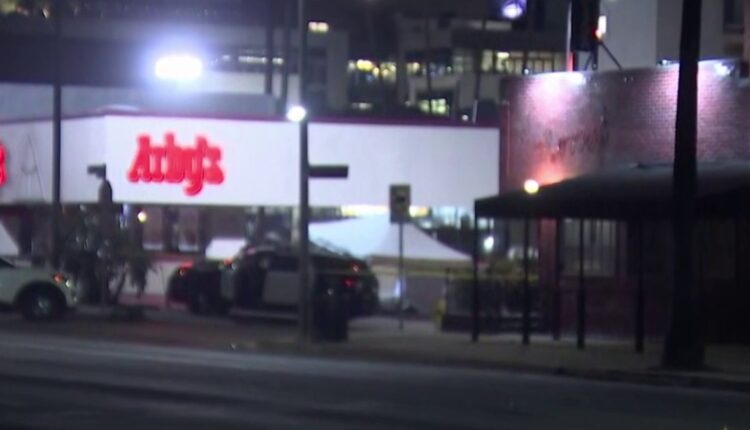 A man in his thirties was shot dead in a drug deal on a Hollywood street Monday morning.

The shooting was reported at 12:49 p.m. in the 5400 block of Sunset Boulevard, according to an officer from Los Angeles Police Department Operations Center.

The victim was buying drugs from another man in his thirties when the two got into an argument and the dealer shot the victim, the official said.

The man was pronounced dead at the scene, he said.

According to a spokesman for the LAPD, the shooter ran away and the police are still looking for him. The victim was found unconscious and not breathing in a car outside an Arby’s restaurant on the street.

Sunset Boulevard has been closed in both directions between Bronson Avenue and Gordon Street for crime scene investigations, police said.

Anyone with information was asked to call the West Bureau homicide detectives at 213-382-9470.