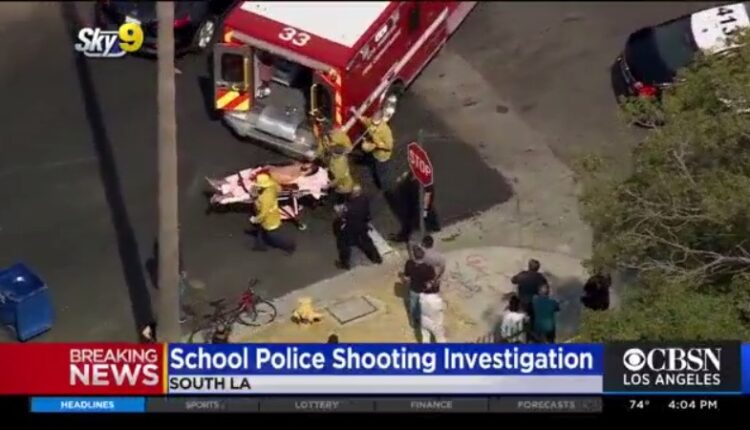 Los Angeles School police officers responded at around 1:15 p.m. to a report of a man in a vehicle causing a malfunction near George Washington Carver Middle School on McKinley Ave. 4410, according to Sgt. Rudy Perez.

After officers found and contacted the man, an argument broke out and he was reported to have pulled a knife before escaping the scene on foot.

The man ran to the East 43rd Street and McKinley Avenue area, about a block from the school, where he was shot at least once by school police, Perez said.

The man was taken to a hospital in an unknown condition.

The investigation into the shootings was ongoing. Further details were not published.