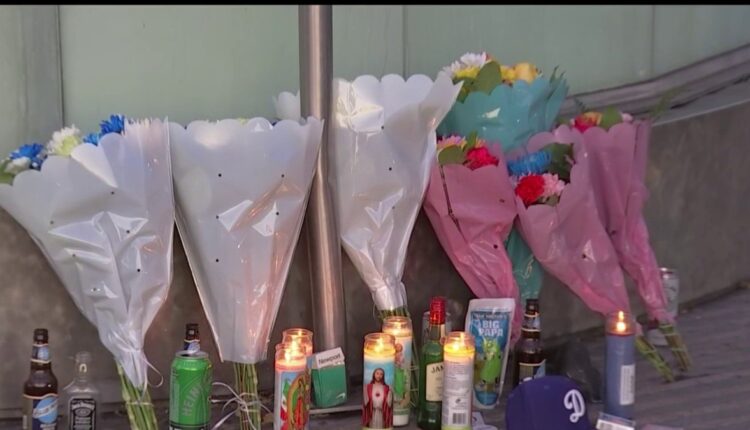 Traffic detectives were asking the public for help locating the driver suspected of running over and killing a man who was knocked into the street by another vehicle Saturday while riding an E-Scooter in Koreatown.

The fatal crash happened about 2:30 am at Western Avenue and Olympic Boulevard, according to the Los Angeles Police Department.

The man identified by the coroner as 22-year-old Mario Ramos Morales was riding the E-Scotter eastbound on Olympic Boulevard when he was struck by a blue Dodge Caravan that was northbound on Western, police said.

The impact caused the Los Angeles man to be ejected from the scooter and he landed in the roadway.

An unknown vehicle that was southbound on Western hit the rider and dragged him about 60 feet before he came to rest in front of a bus stop, police said. The driver of that vehicle failed to stop, identify themselves or render aid.

Morales was pronounced dead at the scene, the coroner said.

The 39-year-old Los Angeles man driving the minivan did stop, investigators said. Neither alcohol nor drugs were believed to be a factor in the first collision, the police said.

Under the city’s Hit-and-Run Reward Program Trust Fund, a reward of up to $50,000 is available to people who provide information leading to an offender’s identification, apprehension and conviction or resolution through civil compromise.