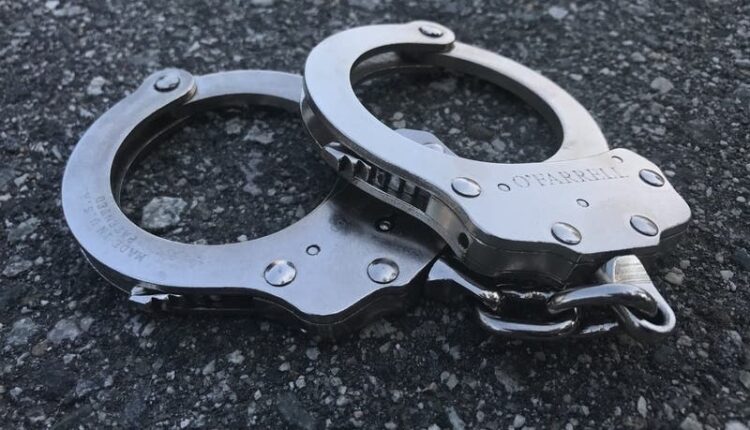 LOS ANGELES, CA – A Long Beach man was charged with assault with a lethal weapon for allegedly stabbing a member of a group protesting COVID-19 vaccine mandates during dueling demonstrations in downtown Los Angeles last month.

The crime charge against 30-year-old Eric Cohen includes an allegation that he personally inflicted serious assault on the victim on August 14th.

Cohen was arrested Wednesday and booked into the Metropolitan Detention Center, according to Los Angeles police.

Find out what’s happening in Los Angeles with free real-time updates from patch.

The victim sustained a heart and lung injury but is expected to survive, according to Los Angeles police chief Michel Moore.

During an appearance on KTLA5 Thursday morning, the chief of police said that a video from the location of the August 14 protests in front of Los Angeles City Hall also shows a counter-demonstrator stabbed by a knife, but that victim has not yet come forward.

Find out what’s happening in Los Angeles with free real-time updates from patch.

Vaccination advocates had gathered for a “No Safe Room for Fascists” rally at the intersection of First and Spring Street, followed an hour later by a “Choose Freedom March” against “medical tyranny”.

At the height of the rallies, police said there were around 500 protesters against the vaccination mandate on the South Lawn of City Hall and around 30 to 50 counter-demonstrators in First and Spring. The LAPD sent 100 employees to the event.

The video of the scene showed the anti-mandate crowd yelling at from across First Street, after which the scene turned into hand-to-hand combat.

Both sides could be seen exchanging blows and throwing objects at each other. The clash lasted about two minutes, Moore said.

“This anti-Vax debate is also manifesting itself in protests and demonstrations and violence in other parts of the country,” said Moore during the appearance on KTLA. “We won’t stand for it in Los Angeles. Our arrest last night shows that we will use all the resources we need to identify those responsible for such violence and bring them before the criminal justice system.”

The registration month for library cards started on September 1st