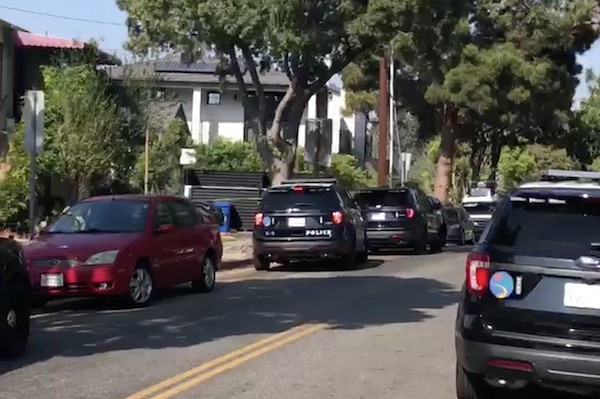 Eliott Ferrando indicted in connection with the September 6 incident

A man faces double attempted murder for shooting a vehicle in a traffic accident in Santa Monica.

According to the Santa Monica Police Department (SMPD), officials responded to a report of gunfire in the Yorkshire Avenue and Pico Boulevard areas at around 1:21 p.m. on September 6. At the same time, another caller reported a hit and run near the same location.

When the officers arrived at the scene, both the suspect and the suspicious vehicle had disappeared, the SMPD found.

“The officers met with a victim and witnesses who reported that the suspect rammed the victim’s car from behind in the incident to avoid a possible traffic incident. The victims got out of their vehicle and were attacked while trying to escape by the suspect, who fired several shots at them, “said the SMPD in a press release.

According to police, one of the victims suffered a graze on his knee and was admitted to a local hospital.

After an investigation, SMPD detectives, with the support of the Special Weapons and Tactics Unit (SWAT) and the drone team, executed an arrest warrant against Eliott Ferrando, 24 years old, on September 21. According to SMPD, Ferrando was arrested without incident, booked for attempted murder and held in Santa Monica on $ 1,000,000 bail.

“A subsequent search of his home found a handgun believed to have been used in the September 6 incident,” the SMPD said.

On September 23, the case was brought to the Los Angeles District Attorney for filing. Ferrando was transferred to the Los Angeles County Custody and charged with attempted murder on two counts, with bail of $ 1,008,000 recommended.

Ferrando is expected to appear in court on September 27th.