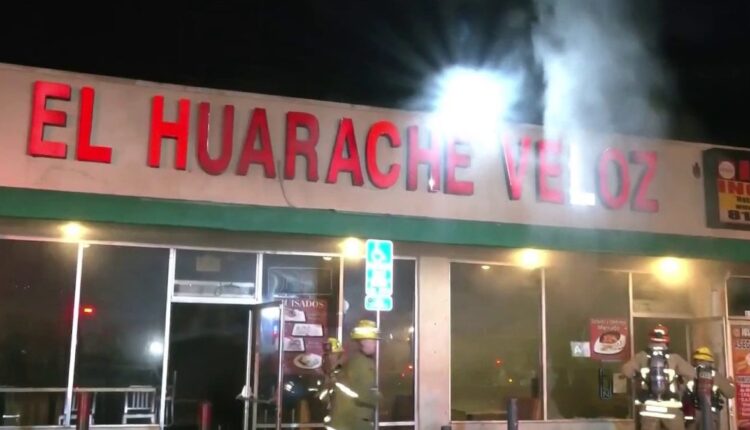 A man was arrested early Tuesday in a shopping mall in Pacioma in connection with a break-in and fire at a family-run restaurant.

Firefighters reacted to the business at block 11600 on Glenoaks Boulevard at around 2:30 a.m. The owner of El Huarache Veloz told firefighters that the fire was likely started by someone who broke into the building.

The fire department said that a football and a stone were found near a broken window. According to the police, the break-in was recorded with a camera.

The man apparently started the fire near drinks vending machines in the restaurant. He was arrested by police near the store.

The damage was assessed early Tuesday. No one was in the building at the time of the fire.

“It’s very frustrating,” said Melissa Caballero, wife of the restaurant owner. “COVID, we have been closed. We were in that community. We are very well known and are just trying to rebuild and return to a kind of normalcy. “

The company has been family-owned for almost 30 years.

What Do We Really Know About Vaccine Effectiveness?