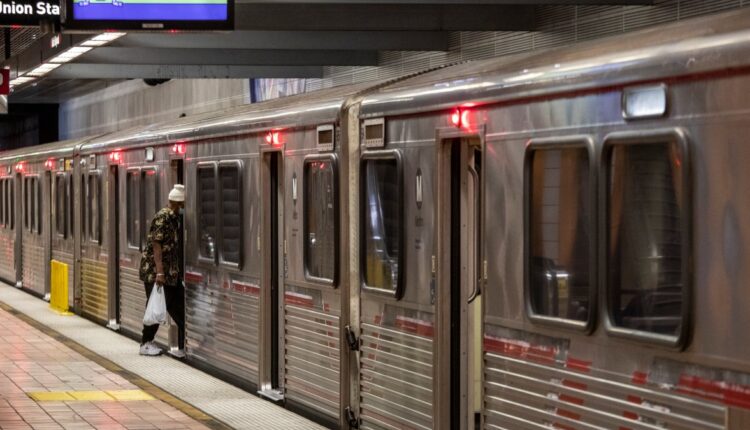 A man suspected of having dropped “Molotov cocktail” incendiary devices in a Los Angeles subway station was arrested on Monday.

Frederick Brown, 50, was arrested at the MTA MacArthur Park Red Line Station near 6th St. and Alvarado St. and was held without bail, according to prison records. According to police, he had two replica handguns at the time of his arrest.

There is no evidence of a terrorist motive, the authorities said.

Brown was jailed on suspicion of possession of a destructive device, the legal definition of a bomb, and parole violation.

Officials said Brown was suspected of installing three homemade devices containing a liquid that smells like gasoline on the Red Line platform in Vermont and Santa Monica Blvd. last Friday.

“We thank and congratulate LAPD for working closely with Metro staff and contract security to avert this serious threat and quickly investigate and arrest a suspect. It is proof that our safety and security partner team can work together to successfully thwart a potentially dangerous incident in the transit system. “

“This incident is a powerful reminder that we must all remain extremely vigilant to monitor and report suspicious activity whenever and wherever we see it on the Metro system. Our customers play a key role in this partnership. Passengers are encouraged to report suspicious activity by calling Transit Watch at (888) 950-SAFE or using Metro’s Transit Watch app, available on iPhone and Android platforms. “

The LAPD said it believed Brown also called the FBI last Thursday claiming he was being followed by gang members, was armed with pipe bombs, and was ready to use the bombs for self-defense.

Brown also allegedly made an anonymous call to the operators of the LAPD on Friday to report that a person was seen dropping bombs on the subway station.

Powerful Storms coming – Atlantic Hurricane season to be above average