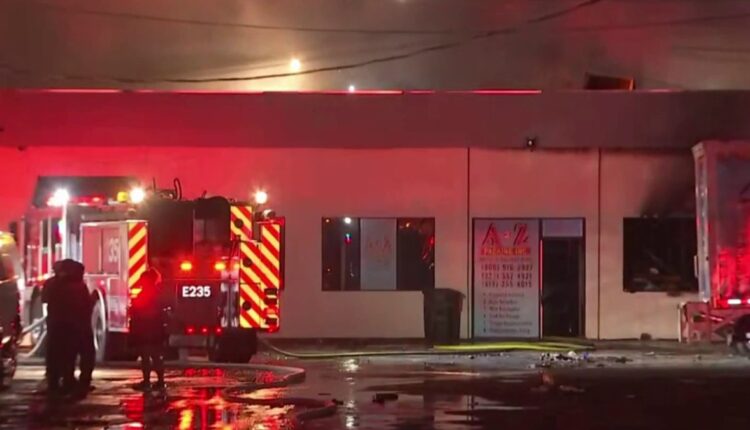 Firefighters continued to fight a large emergency fire in a commercial building in Panorama City on Friday morning, the authorities said.

No casualties were reported, the cause was investigated.