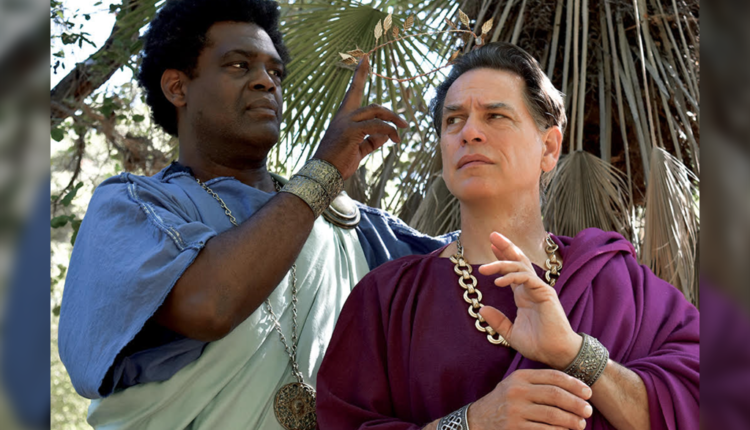 For the summer music series in Gandara Park last Sunday, during which the Americana artist JOACHIM COODER interprets with his mbira, a large vertical African thumb piano. Without neglecting the accomplished musician who was an important part of the groundbreaking “Buena Vista Social Club Sessions”, I was extremely glad that he had brought his old man with him, and I camped backstage, just a few meters from RY COODER, to catch his simple fingerboard control and especially the delicious slide guitar cascades. Ry is one of the best pickers around and a respected musicologist, he still lives in SM (I saw a benefit solo concert he gave at Ocean Park Church a few years ago) and Joachim grew up here.

It was also a big close for Kora “Koko” Peterson, who is leaving McCabe’s for green pastures after doing an excellent job booking the acts and making sure everything else has been in our legendary acoustic since 2017, I believe. Music hangout went smoothly. How legendary? Go to their website and search for “past concerts” and you might be blown away. She followed in the big footsteps of Grammy winner John Chelew, who brought the Blind Boys of Alabama to the charts and big sales out of nowhere, and legendary booker and music tour Nancy Covey. Peterson has always been low-key but confident in a high-profile, high-pressure position, and she delivered the best of them. Thanks for the music, Koko.

THE ENGLISH BEAT – don’t look for original EB or General Public members other than Dave Wakeling but he’s all you need, that voice, all of these hits, I’ve never seen her play without the room bouncing all the time, Sat 9pm, The Venice West, (but) $ 48 (Yikes! – oh, go, you’re going to have a ball).

DARRYL CARRIERE & CELSO SALIM – this blues duo play in other bands too, but I’ll bet that’s the way you want to hear them, pared down to Carrieres smoking harmonica and whiskey-rough, high-octane vocals, and you know what? Salim is a goddamn blues shouter himself and plays guitar enough for an army. Delicious slide guitar too, and that’s always at the top of my list. It’s a full sound as you can get and right now they are howling and moaning down on Main Street, right next to Ashland Hill, where you can buy and drink a mighty good burger or other things for five bucks. What a great way to end the week. Free parking next to Ashland Hill, Main Street, every Sun 3pm – 5pm.

EM THE MASTER – EM calls itself “The Master” – whoa! – but she supports it in every aspect of her show like no one you have seen in years or maybe ever. She sings, she dances, she has dancers, she slips on her stomach like a reptile, across the stage and across the floor, reaches for the microphone and never misses a musical beat. She has dancers all jumping on the bar (check out these drinks!) She doesn’t play the piano, she attacks it, she uses her stellar voice as an instrument in creative ways to transform every number. She aggressively leads a killer band, her energy is uninterrupted and seemingly limitless, she can sell a song, rocker or a ballad, vocally and with her smart, seductive arrangements. She writes great songs that fit her act perfectly, and she may remind you of a more energetic Lady Gaga. Now I’m either lying or crazy or you’re crazy for not catching this unique actress while she is here. Every Tuesday 9:30 p.m., Harvelle’s, DTSM, $ 10.

DUDAMEL conducts MAHLERS 4th, oh boy, I love Mahler and our LA Phil Music Director Gustavo too, it is one of his areas of great passion and recognition when he won the first Gustav Mahler Conducting Competition in 2004 at the age of 23, and he received worldwide attention much to do with his appointment as conductor of our LA Philharmonic just a few years later (he was named one of Time Magazine’s 100 Most Influential People in 2009) and did you know Mahler was considered one of the best conductors? his time? We’ll have to wait until next March for another Mahler, the 7th pretty happy and my calendar is marked, next Thu-Sat 8 p.m., Sun 2 p.m., Walt Disney Concert Hall, DTLA, $ ​​20-227.

LA OPERA presents WAGNER’S “TANNHÄUSER” – no shrinking violet, no master of the minuet, Wagner is getting big (and that’s why Hollywood loves his melodies) and that is the archetypal Wagner, with LA Opera with 145 actors and musicians, about his sin and redemption to present drama of a knight who decides it is time to return to the real world, to normality, morality and what is expected of a knight, and to pursue the woman of virtue who he after a year of fullness Desperate debauchery with Venus in her underworld Playboy Mansion, can he do it? “‘Tannhauser’ is widely regarded as one of the most majestic, sublime and moving of all operas,” I am told, and who should I contradict? Wed, Sat 7:30 p.m., Sun 2:00 p.m., Dorothy Chandler Pavilion, DTLA, $ ​​19-292.

THEATRICUM BOTANICUM presents SHAKESPEARES “JULIUS CAESAR” – historically informative, makes ancient political drama appear contemporary. All politics are local politics, right? Every word shimmers through the performance and play of the TB thespians. Christopher W. Jones stood out as the contradicting villain Brutus, as did Willow Geer as Portia, with particular linguistic laurels for Melora Marshall as Cassius, who was created for this role, despite being a male role. It pulls you right into the moment. Sat 4 p.m.

“THE LAST, BEST SMALL TOWN” – this moving, contemporary original with the themes of racism, small town life, youthful rebellion, tradition – takes place in a small town that both nourishes and dumbs down. Great acting, but that could be said about everything TB does. This is a world class company. Sun 7:30 p.m.