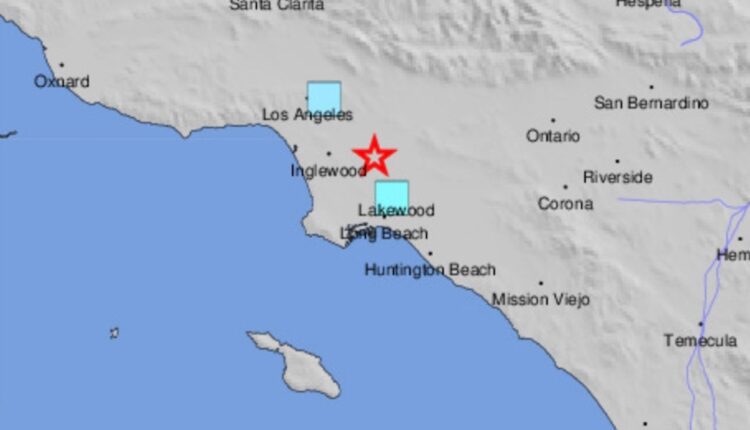 A 3.3-magnitude earthquake centered in southeastern Los Angeles County caused shaking Tuesday morning in parts of Southern California, according to the US Geological Survey.

The temblor hit at 9:26 am about .6 miles south southwest of Cudahy, shaking southeastern Los Angeles and other areas.

There were no immediate reports of injuries or damage.

The quake hit “quite deep at 14 km,” according to Santa Monica seismologist Dr. Lucy Jones.

“Probably felt around much of LA Basin,” she said on Twitter.

Early responses from residents of Inglewood, Norwalk, Downey, LA and Long Beach reported light shaking, according to the USGS.