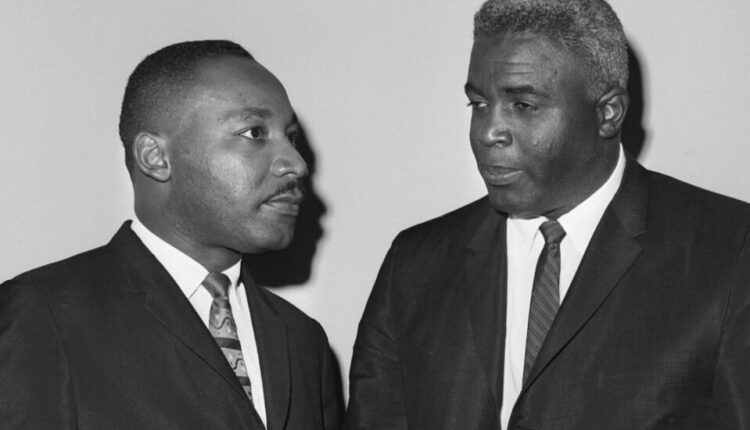 Every third Monday in January is recognized as Martin Luther King Jr. Day in celebration of his birthday which is January 15th. The federal holiday is a fixture on the NBA calendar, but King’s influence and legacy extends beyond that and beyond the sport as a whole.

Los Angeles Dodgers partner Magic Johnson was among those who paid tribute to King, expressed his gratitude and reminded of the importance of justice and equality for all.

The Dodgers and King were intertwined through Jackie Robinson, who famously broke the MLB color barrier on April 15, 1947. Robinson and King simultaneously received honorary doctorates from Howard University and attended the March on Washington together.

King once commended Branch Rickey for his support and commitment to creating equality for all, and he thanked Don Newcombe, Roy Campanella and Robinson for helping inspire change.

the dr Martin Luther King Jr. Day is a perfect time to honor, remember, and remember that his mission still applies today. He fearlessly led the charge to improve the lives of African Americans in this country, and for his sacrifice we are forever grateful.

We must not let his work go for nothing. People of color deserve respect and dignity. As we continue to make strides toward justice for all, we carry his legacy on our shoulders. The work is not done.

Today we remember his dream of justice as a nation that walks with courage and love. As we move forward, I urge each of you to stand up in the face of inequality and injustice. In the words of Dr. King “there is always a right time to do the right thing.”*

Today we commemorate and honor the legacy of Dr. Martin Luther King Jr., whose unwavering commitment to civil rights has inspired so many. #MLKDay pic.twitter.com/MAIALI9uJO

Among other artifacts on display at the King Center is a letter Robinson wrote to the civil rights leader in October 1962 after accepting a position with the Southern Christian Leadership Conference.

Dodgers manager Dave Roberts has been named a recipient of the 2021 Brotherhood Award presented to him by the Martin Luther King Jr. Brotherhood.

“The Martin Luther King Jr. Brotherhood Celebration Breakfast is a Los Angeles institution, and I am honored to receive the Brotherhood Award and to share the stage with two dear friends and community leaders — Sharon Robinson and Stedman Graham,” Roberts said at the time .

“I have long admired the mission and impact of the YMCA of Metropolitan Los Angeles and am grateful for the opportunity to share with them the legacy of Dr. King in our community and beyond.”