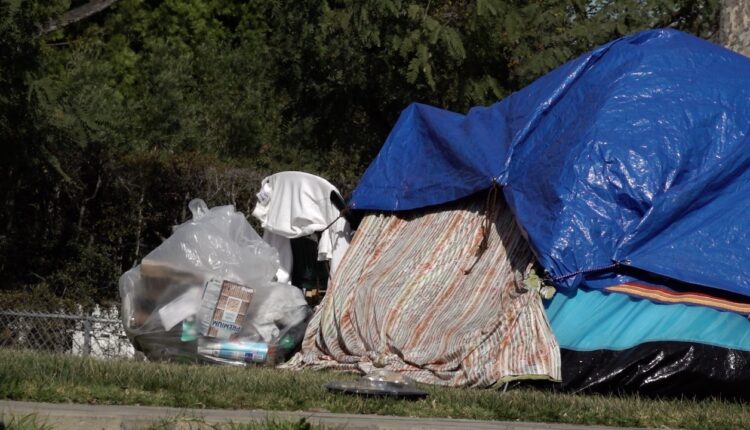 VENICE, Calif. – Yolanda Gonzalez noticed a tent pop up in front of the neighborhood library across the street from her house just a few blocks from the Venice Beach boardwalk.

Then another. And another.

“It started with one tent, and then, eventually, in less than three weeks, all of a sudden, all these tents went up,” said Yolanda Gonzalez, who lives across the street from the library.

The encampment particularly seemed to grow not long after a tent city in a park near the Los Angeles airport was cleared. All told, about 40 tents litter the area in front of the library.

“How many tourists come through here, and right now with the game’s coming, people walk up our streets,” Gonzalez continued. “What have we got to show for? This is embarrassing.”

Last summer, more than 200 homeless campers were cleared from Venice Beach in a major operation. Residents said they have seen some clean-ups around the city, but encampments continue to emerge – founder of HAAVEN Shared Housing founder Heidi Roberts calls “waterbed syndrome.”

The city wants to hide the crisis from the national spotlight of the Super Bowl, Soledad Ursua, a member of the Venice Neighborhood Council, told Fox News.

“The city has always done this,” said Ursua, a six-year Venice Beach resident. “They moved homeless encampments last April for the Oscars, and so that’s really their approach. They just want to hide it. They don’t want tourists to see this coming in.”

LA City Councilman Mike Bonin, who represents Venice, said in a statement to Fox News: “I am fighting every day for more housing, shelter and services to get people off the streets, here and elsewhere — and my efforts are consistently opposed by obstructionists who say they oppose encampments but try to block every alternative.”

“In just the past few months, we have housed hundreds of people who were unhoused in Venice, and are on track to do much more—even as hundreds of more people are forced into homelessness in LA every day,” Bonin continued. “It is ironic that many of the people claiming encampments are moving from one neighborhood to another are the ones advocating for failed policies that do just that.”

“The way to end homelessness is housing and services, which is why I oppose failed policies that criminalize homelessness and push encampments from one neighborhood to the next,” he told Fox News in the statement.”

Despite the city’s efforts, the crisis is unavoidable, Ursua said.

“For tourists who are coming in for the Super Bowl, this is something, and they’re going to see,” Ursua told Fox News. “Homelessness has now spread to every part of LA City.” 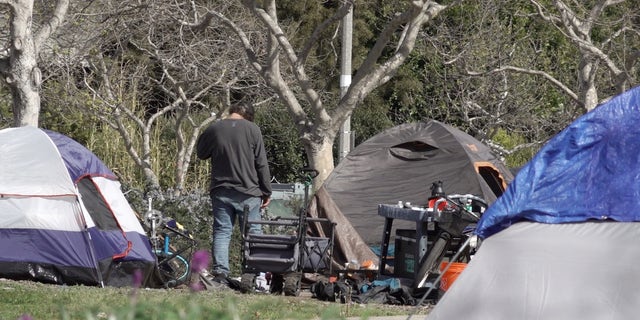 Chie Lunn, another member of the Venice Neighborhood Council, said the most recent encampment is in a dangerous place for children.

Nearly four in 10 voters said homeless people in their neighborhood made them feel significantly unsafe, a December poll conducted by the Los Angeles Business Council and the Los Angeles Times found. 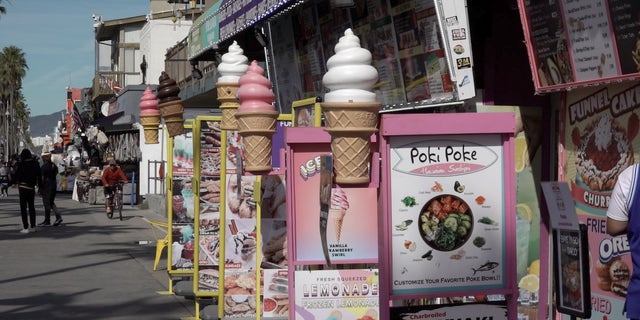 “It’s so frustrating to see this,” Roberts said.

“I think a lot of the headlines try and put this as a neighbors against unhoused neighbors battle,” she continued. “That’s not what this is because everybody who lives in this community is very tolerant.”

“We are empathetic. We’re nice people,” Roberts told Fox News. “We moved into a community that had some quirkiness. So I’m not I’m not upset with these guys. They don’t have options right now.”

Isabelle McDonnell contributed to this report.

Super Bowl in LA? You’re happier about it than Inglewood is