Los Angeles soccer is thriving, thanks to Latino fans. But it wasn’t always like that. 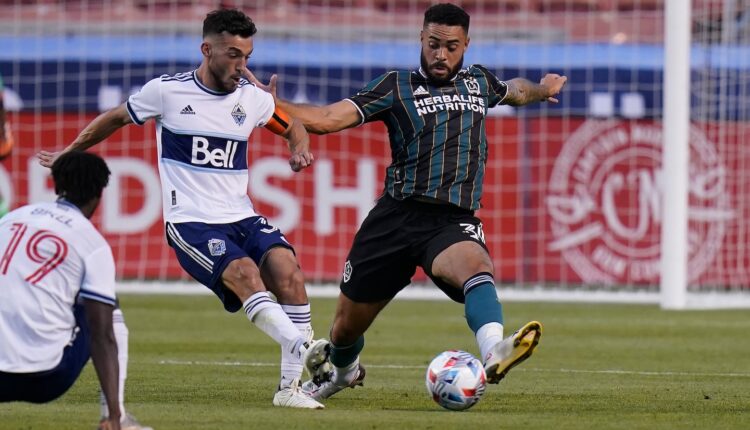 During that time, fútbol, ​​or soccer, took advantage of the void left behind by the NFL to create Major League Soccer (MLS) franchises that could gain a foothold in LA’s competitive sports market. As the MLS begins its 27th season, Los Angeles is home to two thriving soccer franchises: the Los Angeles Galaxy and the Los Angeles Football Club (LAFC). Both teams have also developed unique fan cultures heavily influenced by the city’s Latino population.

But these strong relationships between the sport and city were not inevitable. In the past, teams failed to connect with the surrounding community when they engaged in shallow pandering to ethnic fan bases rather than building real relationships. These past failures to root professional soccer in the Greater Los Angeles area show that successful franchises must be genuinely embedded in the communities they represent.

In 1968, the Los Angeles Wolves became a founding member of the North American Soccer League (NASL), which became the top-level professional league in the United States and Canada. The inaugural season boasted 17 professional clubs. It marked the first time that LA had a full-fledged professional soccer team. But the Wolves’ team was composed primarily of British players, along with three players from South America, and the team did not attract much local interest. They did not make the playoffs, and the team folded after its first season.

To take advantage of this prospective new fan base, the NASL created the LA Aztecs, a name selected to reference the precolonial empire in Mexico. They were more successful than the Wolves. The team won the championship in 1974, their inaugural year, with a polyglot roster comprising players from Argentina, Armenia, Brazil, Mexico, Turkey, Trinidad and Tobago, and Uruguay. They also managed to integrate a few players from the Greater Los Angeles Soccer League and UCLA’s soccer program.

But even as the NASL began to cater to growing Latino communities in Los Angeles, the league did not want to present soccer as a foreign sport and risk alienating potential White fans.

Two years later, the Aztecs signed Northern Irish superstar George Best and marketed him as soccer’s “Joe Namath.” He was unveiled at a spectacular news conference at the LA Coliseum, which featured singer Elton John, who was brought in as part-owner of the franchise to boost the team’s appeal to White residents of Los Angeles.

Despite the publicity, the club struggled to replicate the success it achieved in its first season. In 1978, a concerned LA resident complained in the LA Times that the Aztecs should hire a well-known European coach who could fill the team with international talent from across Europe and Latin America.

And the Aztecs did just that. They recruited Rinus Michels from the Netherlands and signed Dutch superstar Johan Cruyff. The team attracted more people to games but failed to produce a championship and lost over $3.3 million.

The strategy hadn’t worked. But with Los Angeles projected to soon boast the world’s largest ethnically Mexican population outside of Mexico City, some saw an opportunity to cultivate the population as a fan base. In 1980, Mexican television company Televisa purchased the Aztecs for over $1 million. Cruyff was traded to cut down on expenses. He predicted that they “wanted to make it a Mexican team … with players who are not too expensive and draw Mexican fans.”

Televisa and the Aztecs both overestimated how much Mexican residents of LA would support a team based solely on the connection to Mexico. Attendance continued to drop. The following season, the Aztecs adopted a “Brazilian look.” They signed a Brazilian coach and four Brazilian players to implement a new system. Average attendance hovered just over 5,814 people per game at the 92,604-seat capacity LA Coliseum — the third lowest in the team’s eight-year history.

Following the 1981 season, Televisa announced that it was dissolving the club and would sell player contracts to other teams. The NASL did not last much longer. It officially suspended operations for the 1985 season. Soccer in LA was at a crossroads.

Despite the collapse of the NASL, American interest in soccer continued to grow across the nation. The International Federation of Association Football (FIFA) selected the United States to host the 1994 World Cup with the goal of growing the sport in the country. Widely seen as one of the most successful soccer tournaments in history, the United States broke records with an overall attendance of 3.5 million, with an average of nearly 70,000 people attending each game.

One precondition imposed by FIFA for the United States to host the event was the creation of a new professional soccer league. MLS began operations in 1996 with 10 teams. And among them was the LA Galaxy, which began playing at the Rose Bowl with a number of notable players, including Jorge Campos (Mexico), Mauricio Cienfuegos (El Salvador), Eduardo Hurtado (Ecuador) and Cobi Jones (United States). With soccer more popular than ever in the United States, the team successfully attracted both White and Latino fans.

Still, following the 2001 season, the league briefly folded as a result of mismanagement and waning interest. It lost over $250 million and suffered from low attendance. With the future direction of the league uncertain, MLS shifted its marketing toward the country’s large Latino population, and it established another new franchise: Chivas USA.

Mexican businessman and owner Jorge Vergara saw Chivas USA as an opportunity to establish an international brand for Chivas de Guadalajara — one of Mexico’s most recognized soccer clubs — and to “really be a team for Southern California Hispanics.” Early on, Chivas USA attempted to tap into Latino fans of Mexican soccer who did not follow the Galaxy. Vergara famously quipped: “It’s the Latins versus the gringos. And we’re going to win.”

After a terrible first season in 2005, Chivas USA’s identity fluctuated from being a team “led by Mexicans to a roster of US and South American players and back again, sometimes within the same season.” The team never secured its own stadium as it had promised fans, opting instead to play in the Galaxy’s newly constructed soccer stadium in the LA suburb of Carson.

Chivas USA made national headlines in 2013 when an HBO Real Sports exposé revealed that former employees were suing the team for racial discrimination and wrongful termination of employees who did not speak Spanish. MLS eventually bought the team back from Vergara before pulling the plug altogether.

In the meantime, the Galaxy signed global superstar David Beckham to a five-year contract reportedly worth $250 million and built a roster that won an additional three league championships. But they also encouraged the founding of Angel City Brigade, a supporter group that brought a Latin American style environment to the stadium.

And filling the void left by the dissolution of Chivas USA was the Los Angeles Football Club, an MLS expansion team, which played its first game in 2018. Its rivalry with the Galaxy, known as El Tráfico, serves as a showcase for both teams to demonstrate the inroads they have made with Latino fans in Los Angeles.