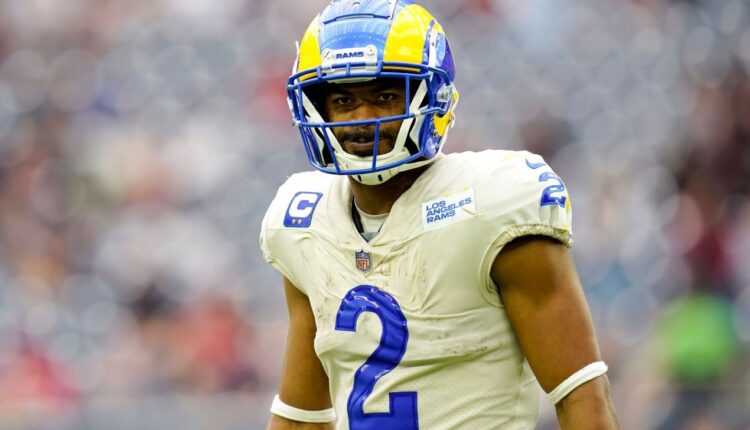 It’s taken nearly every one of those days for Woods to come to grips with the fact that the injury will keep him from playing in Sunday’s Super Bowl LVI against the Cincinnati Bengals.

On Tuesday, Woods spoke to local media for the first time since sustaining that injury on Nov. 12 and said it’s been a difficult process.

A key component of coach Sean McVay’s offense, Woods was on his way to another big season, posting 45 receptions for 556 yards and four touchdowns in nine games before the injury.

Three days before the Rams met the San Francisco 49ers on Monday Night Football, Woods went down during a Friday practice when he was running a route and put his foot in the ground awkwardly.

The Rams had signed wideout Odell Beckham Jr. the day before Woods’ injury, and Beckham has emerged as one of Woods’ primary replacements. Woods said Tuesday he has been impressed with how the team’s other wideouts have filled in, though he doesn’t like the use of one word.

“I wouldn’t say replace me,” Woods said, laughing. “We’re gonna take that replace word out. But I think they’ve been looking really good.”

The injury hasn’t been the only thing weighing on Woods, either.

Woods announced soon after the Rams’ win against the Niners in the NFC Championship Game that his father died recently. On Tuesday, Woods declined to offer details on his father’s death but acknowledged it was a sudden and unexpected situation.

All of which has only emboldened his teammates to rally around Woods, encouraging him to stay engaged with the season and making sure he feels included in the team’s run to the cusp of a Lombardi trophy.

As for when Woods might return to the field, he said he’s expecting to be OK in time for minicamp in the spring, though he doesn’t want to rush it.

“I saw the Bengals tight end [C.J. Uzomah] throw his brace off,” Woods said. “It kind of inspired me. But hoping for sure for next season. I should be good by minicamp for sure, but I just want to be able to take my time.”

Woods said he plans to be on the field with his teammates Sunday, offering support and tips where he can.

And if the Rams get the job done? Woods can now confidently say he played his part.

Pairings for all of the divisions – Press Enterprise