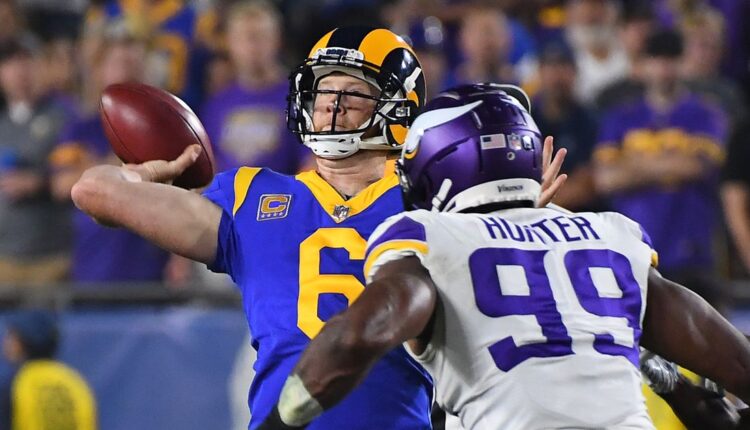 The 2022 NFL Free Agency cycle has been a wild one; ranging from massive extensions, player restructures, blockbuster trades, and surprise cuts. The Los Angeles Rams had their hands in a few of these movements. With one week officially closed since free agency opened, I wanted to recap the offseason movements to this point and where the Rams roster stands currently, and what may happen before going into the Draft, OTAs, and Training Camp. In addition, I will compare my predictions (from the previous three weeks) of how the LA front office were to approach free agency. If you have not had a chance to read through those, you can find them here:

Other names that I missed on predictions (so far) were Odell Beckham Jr and John Wolford returning to the LA Rams. Both players have yet to sign a deal anywhere.

With those moves, OverTheCap has Los Angeles resting in the black at a cap space of $15,798,530. This does not include Allen Robinson’s cap hit for 2022. With that being said, LA should have ample room for Robinson and the 2022 draft class. The question remains if and how long until Aaron Donald receives a contract extension from the Rams. His extension would theoretically create more cap room in 2022 if the Rams want to add additional free agents.

Originally, I felt confident about Odell Beckham resigning, but the Allen Robinson deal and Robert Woods trade could cause a ripple effect.

In my next article, I will shift my Roster Overview series to the NFL Draft and how Les Snead and Sean McVay are likely to fill out the roster with their 2022 draft picks. It will be a 5 Part series, so be sure to follow Turf Show Times on Twitter and Facebook!