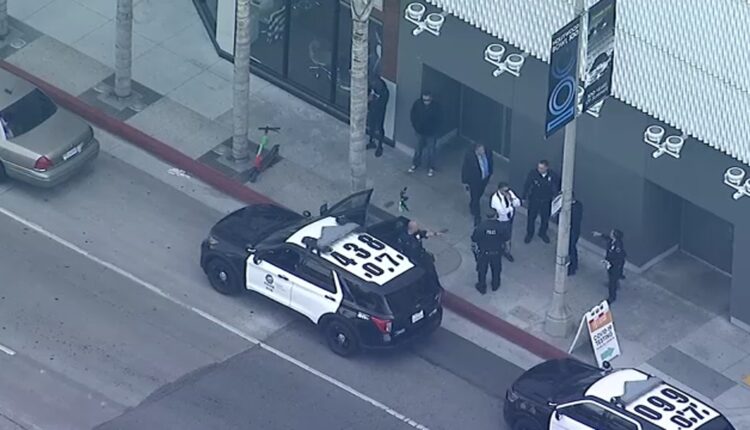 The suspect took the victim’s watch before running into the Beverly Center shopping mall in the area of ​​La Cienega Boulevard and Beverly Boulevard shortly after 1 pm, according to LAPD.

Police believe the suspect may have been armed. It was not clear if a weapon was found during the arrest.

The victim was not hurt, according to LAPD.

There are no reports of a shooting, though some panic was spreading among shoppers initially.

No further details were immediately known.

This is a developing story. Updated information will be added when it becomes available.