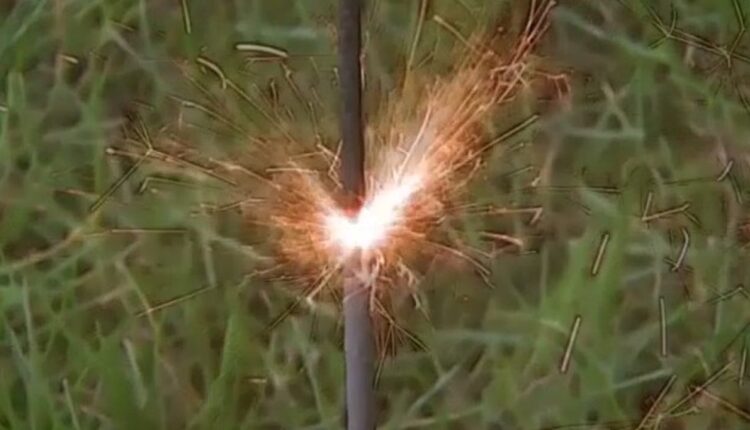 Los Angeles will host its first fireworks buyback program on Wednesday, modeled after its gun buyback program, to reduce illegal fireworks on the weekend of July 4th, particularly in northeastern San Fernando Valley.

THE ANGEL – Los Angeles will host its first fireworks buyback program on Wednesday, modeled after its gun buyback program, to reduce illegal fireworks on the weekend of July 4th, particularly in northeastern San Fernando Valley.

People can anonymously drop off their fireworks in the Brand Park parking lot at 15121 Brand Blvd. on Wednesday from 9 a.m. to 1 p.m. in the mission hill.

Through sponsorship of the Los Angeles Dodgers, Food 4 Less, Target and NBC Universal, the city will compensate attendees with tickets and gifts, Los Angeles Police Chief Michel Moore said. The value is determined on site and the people are asked to transport the fireworks in the trunk of their vehicle.

Moore told the city police commission on Tuesday that most of the major fireworks shows over the past year have been canceled due to COVID-19. The number of calls for illegal fireworks rose 72% to around 6,000.

CONNECTED: Fireworks and Pets: Tips for Keeping Your Dog or Cat Safe on July 4th

“Each of these calls for service represented individuals who allegedly owned and used fireworks, which are completely illegal in the city of Los Angeles. Our men and women confiscated more than four tons of fireworks during this time, ”he said.

The fireworks buyback pilot program will focus on the San Fernando Valley, as 45% of service calls last year were in that area, Moore said.

“The residents of the northeastern San Fernando Valley have suffered multiple forest fires in recent years that have resulted in mass evacuations. The use of illegal fireworks poses a real threat to another major fire in our communities, ”said Councilor Monica Rodriguez.

“I thank the members of our community for their collaboration and assistance in developing a creative solution to curb the use of illegal fireworks that goes beyond enforcement efforts.”

On May 5, the city council approved Rodriguez’s motion to pursue new strategies to contain illegal fireworks, including a buyback program and a reward program for those who report large fireworks suppliers.

Along with scaring pets and creating fire hazards, the use of legal and illegal fireworks in Southern California last July caused the worst air quality in the area in a decade, according to the South Coast Air Quality Management District.

PM2.5 concentrations were 70% higher than in the South Coast Air Basin, which includes Orange County and parts of Los Angeles, Riverside and San Bernardino counties, between 7 p.m. on July 4 and 7 a.m. the next day Previous years to the AQMD.

“Later this week, we’re also actively involved in identifying top locations that have historically complained about illegal fireworks by members of our community,” said Moore. “We know that there are certain people who seem to collect fireworks every year and use them in the streets, courtyards or otherwise.

“They pose significant hazards to themselves, the risk of injury, death, and fire or property damage to their surrounding community. And of course we live in a very arid, arid community and our hills etc. become wildfires ignited by such fireworks can be. “

The platforms – which included Facebook Marketplace, Craigslist, OfferUp, and 5Miles – agreed to remove advertisements for customers in Los Angeles, Feuer’s office said. The letters informed the companies that the Los Angeles platforms were holding fireworks offers for sale in violation of local and state laws.

Los Angeles Municipal Code Section 57.5608.1.1 states that it is unlawful and an offense to use, sell, own, or fire fireworks in the city. Some of the companies had their own policies banning the sale of fireworks.

On Tuesday, the city council approved a motion tabled by Councilor Mark Ridley-Thomas to instruct fire departments and police to report the establishment of a mobile app to track and respond to fireworks complaints and issue automatic violations, much like an established program in the county of San Bernardino.

“The bottom line must be certainty,” said Ridley-Thomas in a statement following the vote. “The use of illegal fireworks poses a threat to Angelenos. We need to get creative and we need to make it easy to identify illegal fireworks use and have sufficient impact to curb this activity. Too many of our neighbors are literally playing with fire and the results can be fatal. “

Los Angeles Fire Department chief Ralph Terrazas said the department “supports any programs that can significantly reduce the risk of injury from the use of illegal fireworks.”