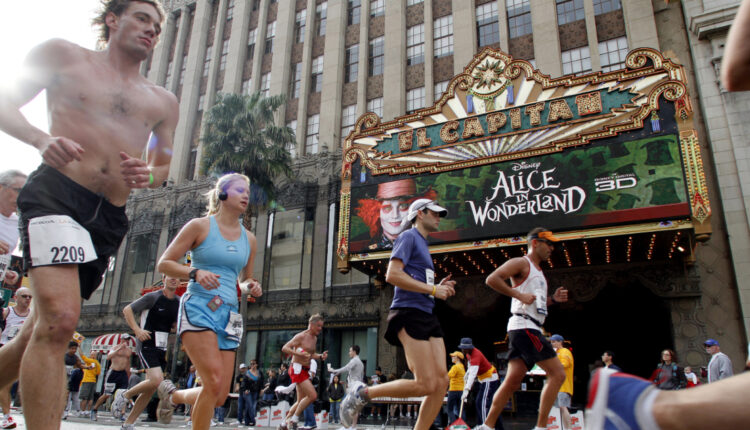 LOS ANGELES (CNS) – The Los Angeles Marathon started on Sunday morning with a different route than in previous years, the smallest field since its first run in 1986 and eight months later than usual.

The change was made because “the dramatically increased cost of running the 2021 marathon and future events reported by the City of Santa Monica made staying in Santa Monica financially impossible,” said the McCourt Foundation, which runs the race in July 2020, as of July announced the change.

“The goal on the Avenue of the Stars also enables exciting modifications that were previously not possible in Santa Monica, such as improved viewer visibility and partying at the finish line,” said the foundation.

“Our operations team has always planned a reduced field size to run the marathon safely and to ensure adequate social distancing at the start line and on the course,” said Dan Cruz, chief communications officer for the marathon, told City News Service.

One factor behind the decline – far fewer runners from the free marathon training program Students Run LA for high-school students at risk. There are usually several thousand runners from the program in the race.
There will be 70 alumni of the program in the running on Sunday, with Alderman Joe Buscaino, a candidate for Los Angeles mayor, with them.

The New York Marathon will also be held on Sunday, its traditional date. The Orange County Marathon will be run as a half marathon on Sunday. It usually takes place in May.

The Los Angeles Marathon will be held for the first time in autumn. It has been held in March since its first edition in 1986, except in 2009 and 2016.