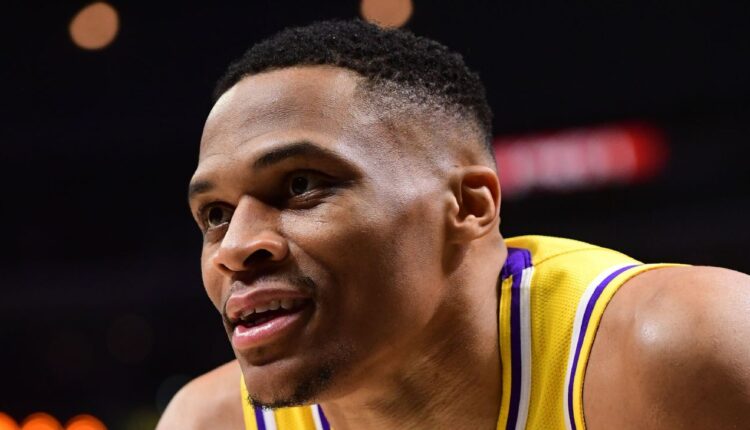 LOS ANGELES — After the Los Angeles Lakers were crushed by the rival Clippers on Thursday night, Russell Westbrook said he still is trying to figure out his role with the team, which he said has “changed every single night.”

The Clippers embarrassed their hallway neighbors 132-111 to sweep the season series 4-0. Reggie Jackson enjoyed his finest game as a Clipper, torching the Lakers for 36 points, nine assists and eight rebounds.

Afterward, Lakers head coach Frank Vogel said the coaching staff has discussed several options to help get the team back on track, including the possibility of bringing Westbrook off the bench.

“We’ve talked about everything,” Vogel said when asked if the Lakers have discussed the idea of ​​having Westbrook come off the bench.

Asked if it is something that could be seen moving forward, Vogel repeated himself: “We’ve talked about everything.”

The Lakers were left once again trying to find answers to why they continue to underachieve. Westbrook had 17 points and eight rebounds but played just over four minutes in the fourth quarter after the Lakers trailed by as many as 30 in the third quarter.

Despite “a little struggle” in finding his role in his first season with the Lakers, Westbrook said he remains determined.

“My role and what I’m doing has changed every single night,” Westbrook said. “So I’m just trying to figure that out as I’m playing and to be able to benefit and help my team.”

He added: “But my expectations are still the same. I’m not a quitter. It’s not in my genes. I don’t quit, regardless of what the hell is going on. I’m going to fight to the end, and if it don’t work, that’s cool, too. I can live with the results. But I’m never going to give up or give in because of a little struggle that’s happening this time of the year.”

Meanwhile, Jackson, Westbrook’s point guard counterpart, danced around the Lakers’ defense and put up 21 points, five rebounds and five assists in the second half. He punished the Lakers by scoring and controlling the game and finding teammates in mismatches.

At one point in the fourth, a red-hot Jackson scored 10 of 12 Clippers points and was feeling so good that he was gyrating his body to the in-game music while dribbling the ball in the half court.

“They played great,” Vogel said. “Reggie Jackson played out of his mind tonight.”

While the eighth-place Clippers have won five straight games without the injured Kawhi Leonard, Paul George and Norman Powell, the Lakers (27-35) are clinging to the ninth spot in the Western Conference after entering the season as a title favorite. The Clippers have won seven straight against the Lakers and swept the season series from their rivals for the first time since 2015-16.

“I mean, they’re a better team,” LeBron James said about the Clippers’ sweep.

Injuries such as the one to Anthony Davis have been devastating to the Lakers’ continuity and defense. Chemistry also has been difficult to form as Vogel has searched for answers through 31 starting lineups this season.

Vogel said the search will continue for anything that could fix the Lakers.

“No stone unturned in terms of trying to find solutions to get this right,” Vogel said. “But it hasn’t taken shape. There’s no quit in us. We will continue to persist. We’re trying to adjust and shift and find ways to win with Anthony out. We haven’t found that yet. But it’s not something that we can’t do. We just haven’t found it yet.”

Clippers coach Ty Lue said he still believes the Lakers are a team that few will want to face in the playoffs.

“I think they have the most starting lineups in the NBA,” Lue said. “Just figuring out how they want to play, small or big, AD is back, AD is out, Bron was out. So it’s just tough. But when they get to the playoffs [or] the play-in game, I guarantee you that you don’t want to see that 8 seed, or whatever seed they are going to play in.

“They are a really good team. They just have to figure out how they want to play, but they also got to figure out their health situation. That is what has been really hurting them all season.”