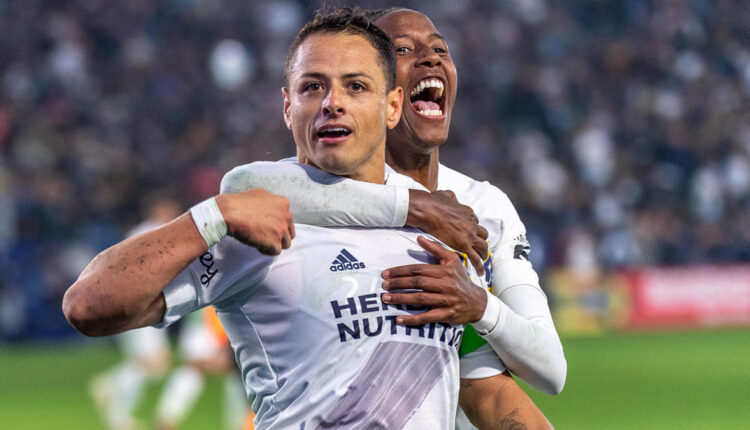 The reigning Major League Soccer champs are back in action on their quest to defend the crown as Ronny Deila’s side heads to Los Angeles to take on Greg Vanney’s new-look Galaxy squad. All eyes will be on Chicharito and Taty Castellanos as they start Round 1 of 34 to figure out who will win the golden boat. In all competitions, New York City are riding an 11-match winning streak dating back to last year. Outside of James Sands, they return their regulars from last season.

The Galaxy welcome Mark Delgado and a big offseason addition in Douglas Costa to the squad. Chicharito spoke on ¡Que Goalazo! about Costa’s arrival: “He’s that kind of player that you wanted in your team, you don’t want to play against him” He’s not wrong because Costa’s runs could give NYCFC fits on Sunday.

Here’s are storylines, how you can watch the match and more:

How to watch and odds

LA Galaxy: The Galaxy love home openers, having won 16 of the 26 played in their history. Kevin Cabral’s form will be important because at the moment he’ll be the third attacker supporting Chicharito and Costa. With Sebastian Lletget moving to New England, all eyes will also be on how Greg Vanney does getting reunited with Delgado.

Delgado was a key player in Vanney’s 2017 Toronto FC side but he’ll have big shoes to fill in out west. The team will also need to prove that they can keep the ball out of the net, which NYCFC will be a tough opposition to play against when trying to do that.

New York: Young players Talles Magno and Thiago Andrade will take on larger roles this year as Jesus Medina is no longer with the squad. Playing alongside Castellanos gives them room for error, but the two combined for six goals and one assist last year. Those are numbers should rise this year if NYCFC maintain their status as MLS Cup contenders. The Galaxy will also need to find a way to stop Maxi Moralez, which isn’t something that I’m sure their defense can do.

A threat from set plays and the open field, Moralez scored three and dished out 11 assists last year. His vision is second to none as he’ll lead an attack that can cut the Galaxy to shreds if they’re not at the top of their game. Speaking on the state of the team, defender Maxime Chanot leads you to believe that NYCFC will only get better,

“I believe it took a little bit of time to understand the way Ronny wanted us to play but since we understood it, since a couple games before the playoffs, we have been in a good form and we have seen that in the playoffs and we have seen that in the preseason, we haven’t lost any games, and we can see tonight,” Chanot said. “Everyone knows what they have to do, everyone knows their task, from the goalkeeper to the striker, we can feel it on the pitch.”