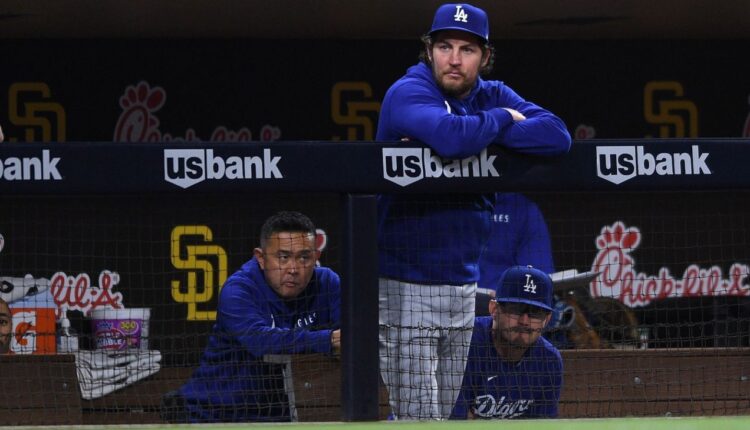 In the suit, filed in the US District Court for the Central District of California, Bauer’s attorneys say that the woman “fabricated allegations of sexual assault,” “pursued bogus criminal and civil actions,” “made false and malicious statements” and “generated a media blitz based on her lies” in an effort to “destroy” Bauer’s reputation, “garner attention for herself” and “extract millions of dollars.”

In a petition seeking a domestic violence restraining order (DVRO) that was filed on June 29, 2021, the woman — whom ESPN has chosen not to name — stated that Bauer took consensual rough sex too far during two encounters at his Pasadena, California, home in April and May 2021, alleging that he choked her unconsciously on multiple occasions, sodomized her without consent and punched her all over her body, leaving her with injuries that prompted medical attention.

Bauer and his attorneys have firmly denied the accusations, calling them “fraudulent” and “baseless.”

The woman was denied a permanent restraining order following a four-day hearing in August, and six months later, in February 2022, the LA County District Attorney’s Office decided not to pursue criminal charges against Bauer. But Major League Baseball, which has the autonomy to suspend players for “just cause” under its domestic violence policy, is still investigating Bauer, who recently had his administrative leave extended through Friday.

“At all times during both sexual encounters,” the suit reads, “Mr. Bauer respected the boundaries established and agreed upon with [the woman].”

The suit says that the woman, who at the time was 27 years old, continued to pursue Bauer after the first encounter with a goal of luring him into “a rougher sexual experience so she could later claim this sexual experience was not what she requested and thereby lay the groundwork for a financial settlement.”

The suit also references text messages the woman sent to friends in which she seemed bragged about a potential payout, while noting inconsistent statements in her testimony during the DVRO hearing, saying that pictures of her injuries were altered and alleging that she “deliberately” deleted phone records during the process.

The woman, who provided photographs and medical records as part of her DVRO declaration, said she woke up the morning after the second sexual encounter with two black eyes, a swollen jaw and cheekbones, dark red scratches on the right side of her face, bruised gums, a lump on the side of her head, a split upper lip, black bruising over the top of her vagina and multiple bruises on her right butt cheek. The woman has acknowledged consenting to being choked unconscious.

The suit says that the woman instigated rough sex, citing a text message that was sent between their first and second encounters. In the text message, which became a central part of the August hearing, the woman invited Bauer to “gimme all the pain.”

The suit also says that the woman “did not have any visible markings or bruising on her face or body except for a slightly swollen lip” upon leaving Bauer’s house after the second encounter on May 16.

The suit also accuses one of the woman’s attorneys, Fred Thiagarajah, of defamation after he told the Washington Post following the District Attorney’s declination that Bauer “just brutalized” the woman and that the conduct she alleged was established with “100 percent certainty.”

Over the past two months, while MLB continued its investigation, Bauer’s lawyers filed defamation lawsuits against two media companies, saying that Deadspin knowingly published false information in its coverage of the sexual assault allegations and that The Athletic led “a campaign to maliciously target and harass ” Farmer.

Bauer’s lawyers also subpoenaed the Pasadena Police Department for missing phone records from the San Diego woman, writing in a court filing that “the requested materials will further reveal Petitioner’s plan to ruin Respondent’s reputation and career and to earn a large paycheck by making false and misleading allegations in her petition.”

But during a hearing held on April 4, LA County Superior Court judge Dianna Gould-Saltman — who resolved the temporary restraining order against Bauer in August — ruled that the pitcher would not be privy to the woman’s phone records, stating that his attorneys did not file the proper motion and that the judge nonetheless would have been skeptical of an argument that the records would help them show the woman misled the legal process and must pay his attorneys’ fees.